You are here: Home / Games / Console / Nintendo’s GamePad announced ahead of E3

Nintendo have held a significant press event ahead of E3. In it the company put the spotlight on the Wii U’s control pad. The control pad is a screen and a console in itself. Now it has a name; GamePad.

The device has a gyroscope/accelerometer, a NFC reader/writer as well as a pressure-sensitive touchscreen, d-pad and traditional buttons.

I have to wonder whether the NFC reader will be used in conjunction with collectable card games. Think Skylanders.

Nintendo are not blind to the challenge their face. Tablets and smartphones are not only attacking the traditional handheld (even console) and, combined with that, the usual price for mobile games is around $2.00.

This video, 30 minutes long, from Nintendo is an introduction to the GamePad. It explains how the GamePad had changed since the prototype shown at E3 last year.

Lastly, I think by bringing the hardware announcement head of the main E3 event Nintendo have been clever. It means E3 will remain a games-centric event for the publisher.

Nintendo’s GamePad announced ahead of E3 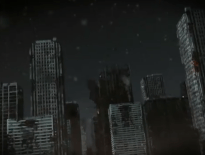 Online Shows Collider #1 – Life or Death
wpDiscuzComment Author Info
Manage Cookie Consent
This site uses cookies 🍪, and links are ads that may earn bloggers some money 💰, and with this alert, I very much hope that these dark truths 🧌 are acknowledged.
Manage options Manage services Manage vendors Read more about these purposes
Preferences
{title} {title} {title}