You are here: Home / Games / Console / EA admit to using GW’s tank design – except not

It was a fair question to ask because the Games Workshop designed Baneblade looked an awful lot like a tank that later appeared in EA’s free-to-play Command & Conquer Tiberium Alliances. 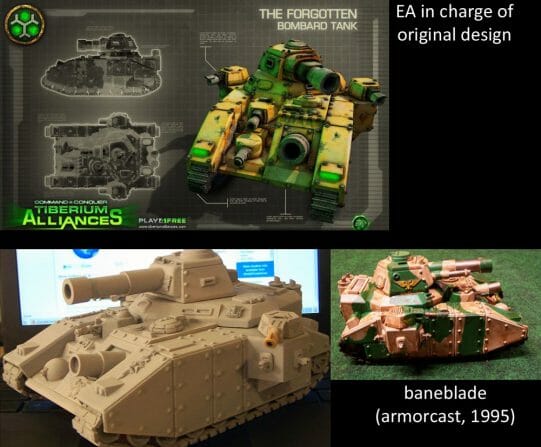 The catch? The tank was never used by EA. GameSpot managed to get a response from EA. They said;

“Games Workshop and EA are aware of the IP issues around the artwork in question, which have now been resolved,” …. “The artwork was internal EA concept art that was unintentionally released publicly. No Warhammer 40,000 tanks have ever made an appearance in Command and Conquer: Tiberium Alliances, and never will. Games Workshop and EA continue to have a strong relationship working together on Warhammer Online: Age of Reckoning and the new free to play game Warhammer Online: Wrath of Heroes which just entered open beta.”

What do you think? All explained?

EA just, for the heck of it, modelled a Games Workshop tank for internal use – and, somehow, that internal project leaked.

EA admit to using GW’s tank design – except not 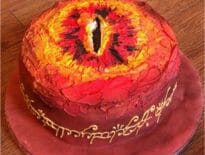 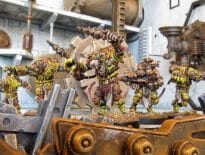