Marvel have announced that Kelly Sue DeConnick will be reinventing Carol Danvers. The Air Force officer is no longer Ms. Marvel. Danvers will be Captain Marvel.

DeConnick comes in to helm the new series at a time when DC is taking some flack for sexing up some of their female heroes in their recent relaunch.

A look at the old costume for Ms. Marvel compared to the new costume shows a significant change. Is this a tactic from Marvel?

Our idea was to give her a kind of swash-buckling costume that invoked a sense of her history as an Air Force officer. Her hair is slicked back at the sides when in costume – so her Kree-style helmet can form when she needs it. 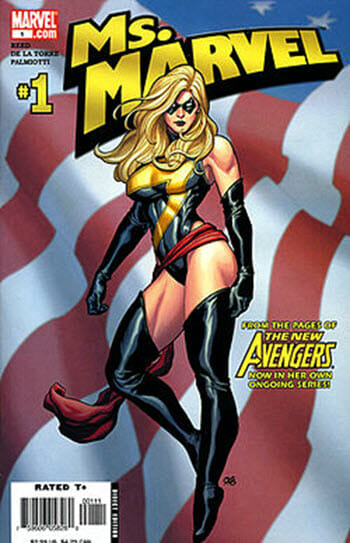 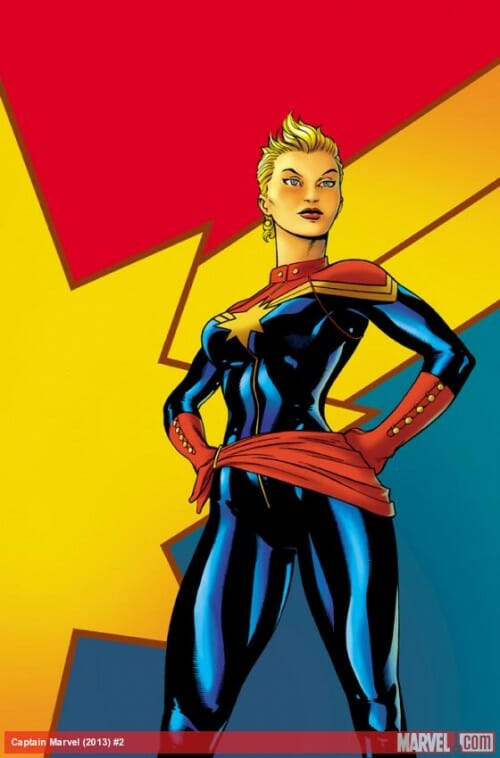 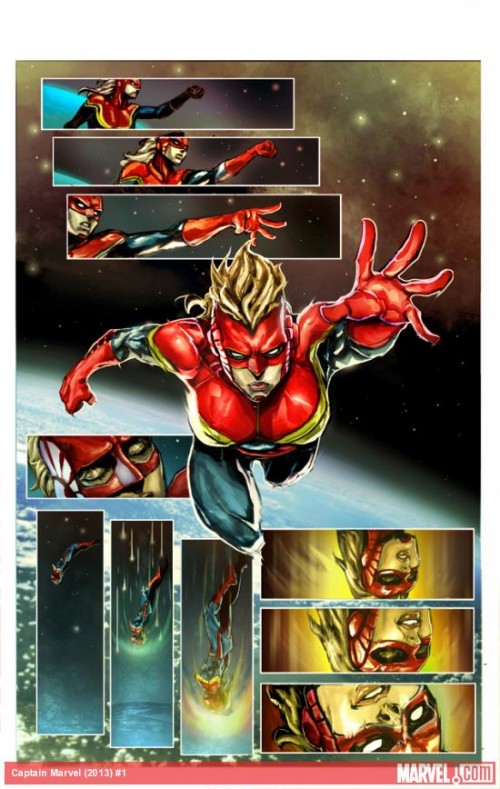