You are here: Home / Geek Stuff / Cool Tech / When will Virgin Media double my broadband speed?

Yesterday was a big day for geeks with broadband connections in the UK. Virgin Media runs its own network of fibre optics (most everyone else leases their lines from BT broadband) and has made a special effort to promote itself by being fast. Yes, I know, broadband speed marketing is a horrible things with all sorts of wrong claims, wrong counterclaims and watchdog regulators trying to nibble on the ankles of stubborn giants in order to bring them to heel.

That said; Virgin Media are starting an 18 month technical push to double the speeds of all their customers. If you’re on Virgin Media’s test 100Mb lines then, sorry, no double speed for you – but you do go up to 120Mb and will pay less. The 10Mb, 20Mb, 30Mb and, woohoo, the 50Mb customers all get their speeds doubled.

The question is; when will Virgin Media actually double my broadband speed?

Good news if you’re in any of the following as you’ll be scheduled for a double speed bost between March and April!

The rest of us have to use this speed widget site and surrender your postcode details in order to find out. If you’re thinking of moving to Virgin Media I’d check this too – find out if you’ve had or are due an upgrade.

This geek has to wait until … well, it’s not clear. It seems the widget is saying anywhere between October 2012 and July 2013! That hardly narrows it down.

You’ll also spy racer Usain Bolt in the picture. He’s being used in the marketing campaign. The funny beard is there because he’s pretending to be Richard Branson. Clever. Doubling broadband speeds in half the time would be even more clever.

How do these speeds compare to broadband customers in the States? Faster? Slower?

Well… look at it this way. At least you can get cable with snazzy high speed interwebs and all the TV ever. Some of us don’t have that option and have to pay the evil Oz directly if we want our shiny TV.
I don’t, I just make do with peasant view.

When will Virgin Media double my broadband speed? 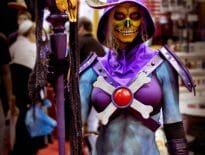 Geek Stuff Who is this surprising Skeletor cosplayer? 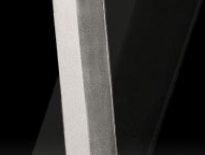