Aion once kept watch over the world of Atreia. He made the Balaur to watch over his other creation – mankind. Over time, the Balaur became corrupt, obsessed with dominance and subjugation. The five strongest became known as the Dragon Lords.

The Dragon Lords demanded power from Aion, they demanded enough power to rival him and throw off his benevolent rule of mankind. Aion refused. He created the 12 Empyrean Lords to protect the Tower of Eternity and protect mankind. The Empyrean Lords are not alone – some humans, the few, the brave, ascended to bame Daeva and fought with them.

Aion is an action centric MMORPG. Players are able to assign their characters into Groups (6 characters per group as a max) and fight together as units in battle. 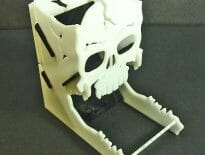