Do you want early access to Mass Effect 3? You have a chance if you have a go at hacking into a decoder on Facebook. The competition is being run by Xbox UK. The assumption is that these codes are only good for Xbox 360 players – there’s a chance they’ll be geo-locked to the UK too.

But can you hack the Facebook decoder ring in the first place? You have four cores which you have to pick the right order. There are three sections of code and the middle one looks interesting. My alliance network code begins; 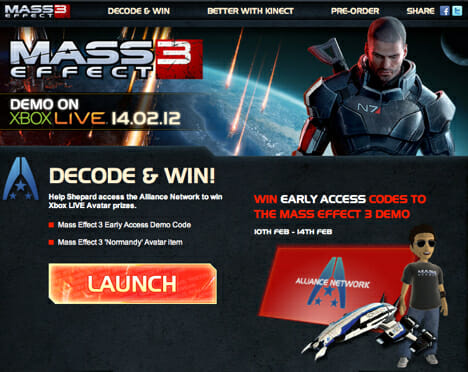 There’s an important question to ask, though; is it possible to work out the sequence? Can you actually decode this Mass Effect 3 Facebook puzzle?

Graeme Boyd is the Social Marketing Manager (aka Facebook) for Xbox EMEA (that’s the marketing region that includes the UK). Yesterday, on the 11th, he tweeted to say;

“Seems like its worth clarifying – the Mass Effect demo early access Facebook app is based on luck. Just hit the cores in any order and hope!”

Players on BioWare’s forums have been putting together a list of combinations that they’ve tried and failed on. However, if the code is random then what might not have worked for someone else might be the right code for you. 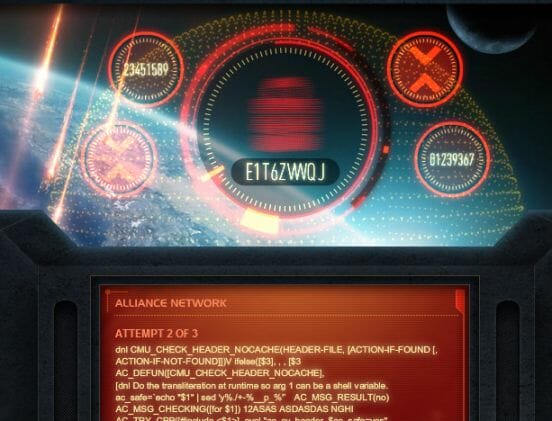 It’s also worth noting that the sequence may not really be a sequence. Or perhaps it’s a sequence in a sequence. When you click on a core it reveals a changing number. In order to win, some point out, you need to get three cores that reveal the same sequence. As a result some gamers have tried timing their core reveals rather than trying to crack the code – some people using the circle around the lock icon as a trigger.

Have you had any success? Why not share your failed attempts or tips in the comments below.

Update #1: The app is very good at stealing your attempts. If you navigate off the page, refresh or do anything like that you may find you have a turn taken from your counter. Watch out.

Update #2: I’ve been sent the full text of the decoder. Here it is in case a) this isn’t random and b) it helps;