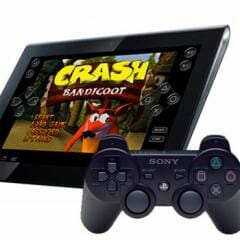 Sony’s first two Android tablets are the Sony S and Sony P. Previously the difference had been in their shape.

The S is wedged shape. It’s not thin like an iPod at all; instead it was designed so that it could sit on your table and be oriented for easy reading. That makes a lot of sense but makes the tablet a little less transportable.

The P, a clever little tablet, actually folds in half so you can it in your pocket. This means it’s highly portable and has dual screens. However, it also meant you have a large black line through it if you wanted to use it as a single screen.

There’s now a new and pretty interesting difference. The Sony S tablet will support PS3 controllers. You have to pair the tablet to the controller via a USB connection to begin with – faff – but afterwards it’s all wireless.

This, of course, is a very canny move by Sony to defend their gaming market from Apple.

time to read: 1 min
Movies The Hobbit trailer is here 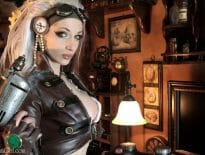