As part of Geek Native’s brave and bold effort to help you slay the evil Christmas shopping demons we’re looking at stuff you might buy for folks – or stuff that you might demand for yourself.

Okay! Okay! Ignore that we gave you 10 reasons why you should buy the Doggie Doo game. That was a joke! Instead turn to the write up on the Ultimate Force Tech Lightsaber. People liked that one.

Good! Let’s now move on to the company called Hex Bug that makes micro robotic creatures. If you’re into insects then they’re kinda cute. If you’re into robots the you might like the fact they’re not and you can build habitat sets for them.

The latest edition is the Hexbug larva. Let’s take a look! 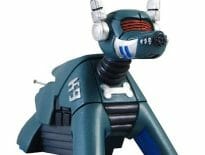