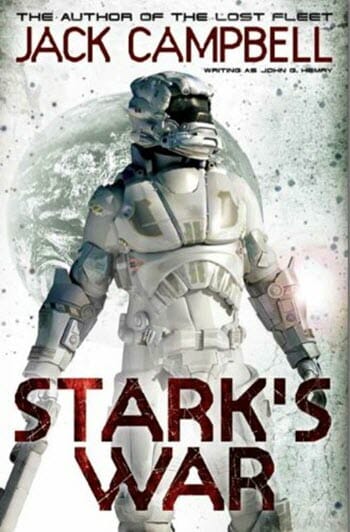 Science fiction and cyberpunk novelist William Gibson once said that science fiction is best used to explore contemporary reality rather than attempt to predict the future. Whether you agree with that opinion or not, you can certainly see where it was coming from if you read Stark’s War, which is the first in a three part series. This military science fiction by Jack Campbell, also known as John G. Hemry, was first published in America in 2000 and has recently come out in the UK.

However, over eleven years has made a significant part of Stark’s War setting seem quite anachronistic. Not the part about soldiers in power armour battling on the moon, no, the part about why they are doing it. To quote its blurb, “The USA reigns over the Earth as the last surviving superpower, economically and militarily supreme. Seeking to build a society free of American influence, foreign countries have inhabited the moon.” And it is against this backdrop that the protagonist Sergeant Stark’s story takes place, fighting to claim territory for the US on this new battleground. Campbell never takes sides or discusses the politics or ethics of this scenario in any real depth, but it is written so that reader sympathy is geared towards the soldiers, if not the cause they are fighting for. If you think Sharpe, but fighting on the Moon rather than in the Napoleonic Wars, you wouldn’t be far wrong as far as the gist of the plot goes. Yet in today’s reality, with economic power shifting from west to east, a future of outright American financial hegemony is a hard premise to swallow.

Nevertheless, when Stark’s War deals with relatively modern issues such as the use of the media by the military, given with a science fiction spin of course, the story develops some interesting ideas. As every weapon totting, grizzled, archetypal space marine (I don’t recall whether or not it is ever mentioned if Stark is bald, but I would not be surprised), has a full suit of powered and computerised battle armour in order to fight in their lunar environment, each soldier also happens to be a walking camera for combat videos to be streamed to the watching civilians back on Earth. Campbell is at his best when he is dealing with the implications of this, such as how it effects military funding, tactics, soldier morale, or the relationship between the officers and the ordinary troops.

To summarise, if you are looking for the new War and Peace, then this is not for you. The plot and characterisation is fairly cheesy, and in particular the portrayal of the officers in the story is especially one-dimensional. They really should have been twirling their moustaches, or growing them first if need be. However, if you are looking for a straight forward honourable guy in difficult circumstances story, and military science fiction is your thing, then give Stark’s War a go.

Disclaimer: my copy of Stark’s War was provided as a review copy. 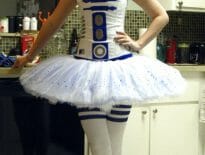