You are here: Home / Books / Cubicle 7 launch fiction imprint and headline with Mindjammer 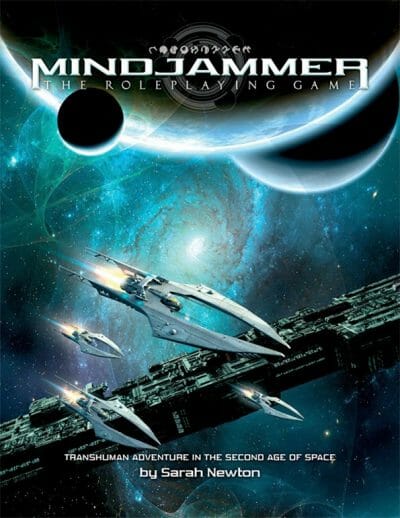 Cubicle 7 have been on a reptuation roll recently with titles ranging as far as the Laundry Files RPG, Doctor Who RPG and the Lord of the Rings RPG the One Ring. This week they’re using this earned reptutation to push into a new frontier.

Cubicle 7 are launching a fiction imprint. The new imprint, simply called Cubicle 7 Fiction, will publish between three and give novels and anthologies each year. They’ll drawn on their own sci-fi, fantasy and speculative properties.

However, Cubicle 7 will not be doing this alone. They’ve teamed up with the Solaris and Abaddon Books imprints and are coming together under the umbrella of Rebellion.

The first title from the new imprint will be Mindjammer by Sarah Newton. There’s a website in place already to showcase the far future sci-fi work. Newton is an ENnie winning author. Mindjammer is available for the Kindle and will appear on dead trees later.

time to read: 1 min
Geek Stuff This Halloween: the Death of a Ghostbuster

Geek Stuff Monsters
💰 Copper Coins 💰 Geek Native is an affiliate and may earn commission on purchases you make from third-party sites.
🍪 Privacy & Cookies 🍪 The site uses cookies to survive. By accessing the site, you agree to use your browser to control cookie use or take 1d4-3 privacy damage (tracking). If you defeat cookies via ad blocking, please consider the Patreon. An intro to cookies, and how to control them, can be found here. I Manage Cookies