The Telegraph have a video of James Dyson describing the new invention. In a nutshell the famous inventor pitches the fan as being smoother than a bladed fan (no chopping of the air), being safer and easier to clean. 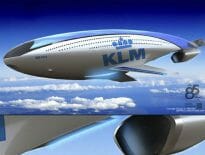