You are here: Home / Geek Stuff / Cool Tech / Which HTC phones will get Dropbox’s free 5GB?

HTC have announced a new deal with Dropbox. HTC’s Android phones will come with a free 5GB of storage. It’s a great idea; a good counter to iCloud.

I’ve an HTC Sensation with Dropbox installed. I don’t pay for Dropbox but have done some of their social media competitions in order to boost my storage. I’m still shy of 3GB. I think 5GB is a pretty decent amount to me.

The question is – which HTC Android phones will actually get this deal? It’s expected that all future HTC phones running 3.5 will qualify. That should mean the HTC Rhyme is sure in – perhaps even devices such as the HTC Sensation XL, HTC Vigor, HTC Bass or HTC Holiday.

It makes some sense for HTC to encourage Beats and Dropbox to get closer together too – but that’s a big ask for both parties.

Which HTC phones will get Dropbox’s free 5GB? 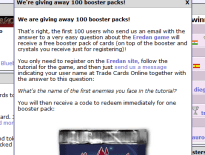