Like the post title? Don’t get me wrong – the real schmuck is the one hurling insults around; not Morrison.

There’s a panel in Action Comics #1, the new one, that’s upset some people who like to project their religious views on to other people. While protecting their views, calling Grant Morrison a Scottish schmuck, calling for a boycott and otherwise doing a great publicity job for DC, these extremists have kicked up some drama.

By “extremists” and “they” I’m only really aware of the shop called The Comic Conspiracy who started the teacup storm on Facebook.

In case you’re wondering what Morrison had Superman do that so upset the Christian Conspiracy dude – Superman made the “GD” sound in this panel. 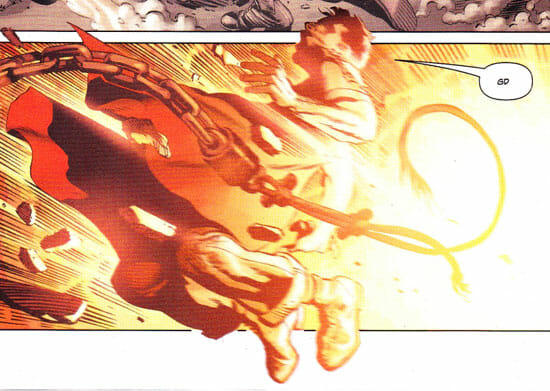 Now, to some people GD is short for “God Damn”. Superman saying God Damn is reason to call for a boycott, according to some.

Leave it a few days and Morrison finds himself talking about this issue at The Source.

“It should go without saying that the offending panel and caption, a mere ‘GD’, is a sound effect grunt—to suggest Superman’s breath being forced through gritted teeth—much like ‘DHH’, ‘GNUHH’ or the many others used throughout this book and in general in the comics business. It’s not in any way representative of God or a curse.”

Let’s hope Superman doesn’t shout “Aaaarh!” in a future panel. God knows how people will react to that! 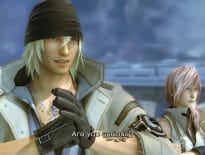