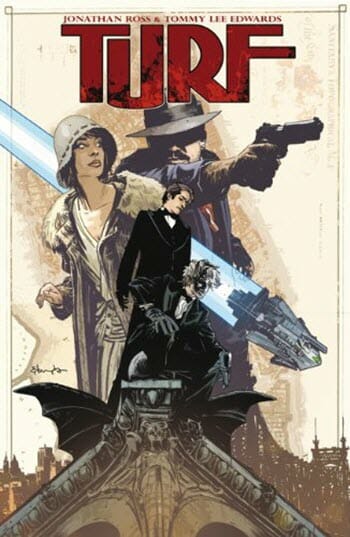 Jonathan Ross may be best known for his voice talent on Fable 3. He worked alongside Stephen Fry and, oh, what… wait? Ah! Okay. I’m told Mr Ross is actually best known for being a mega-famous UK personality. You can tell he’s a heavy hitter because Mark Millar himself provides the intro to the graphic novel.

It’s certainly worth noting that Jonathan Ross isn’t the only famous name who’s worked on Turf. The American Tommy Lee Edwards is the artist. That’s the same Tommy Lee Edwards who’ve worked on Marvel 1985, Batman, Daredevil and X-Men as well as his work on concept illustrations for Batman Begins, Prince of Persia: The Sands of Time, The Book of Eli and Harry Potter and the Sorcerer’s Stone.

Tommy Lee Edwards is believed to currently be working on the live-action Akira film. Yes. That one. The one we’re all concerned about.

I don’t know if Turf is Ross’ first graphic novel. It’s certainly the first to hit my radar and quick Wikipedia suggests its the one of note. Mark Millar’s introduction is there to persuade us to keep reading; he argues Ross is one of us.

So let’s dig into Turf. I give you three concepts; prohibition era gangs, vampires and aliens. That’s right. I’m not even talking about alien vampires. I’m talking about terran based vampires who make a move to take control of the gangs… only for the aliens to show up. 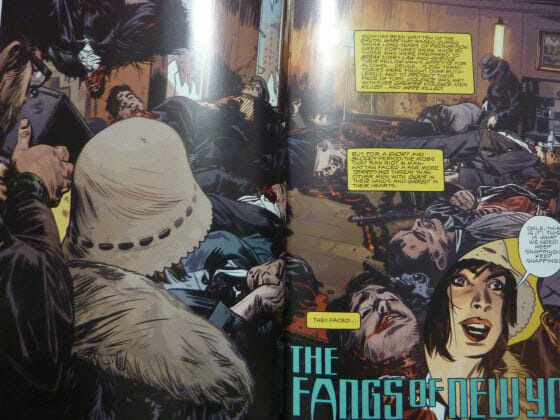 Apologies for the mild spoilers but we get to this point quickly. This is the synposis. The rest of Turf is an examination of how those cards fall.

This is an impressive graphic novel. The visuals are without quesiton. Edwards delivers in the way you would expect. We have both complexity and clarity, sometimes at the same time and always when we need it.

The wildcard is Johnathan Ross. Can he write?

I think he can. Turf holds together. Turf earns your interest. Turf weaves and builds.

However, I found Turf to be an incredibly wordy graphic novel. Perhaps Ross was hoping for more pages and more panels in which to split his dialog across. It might just be that there’s greater skill in taking a detailed story and condensing it to a few words – if that’s the case then my gut feeling is that Ross will master this. At no point did I find Ross to be struggling.

I enjoyed Tur. I’d read another Ross/Edwards collaboration. In fact, I’d recommend it. My only ‘negative’ advice is to put aside more time than you would usually for a graphic novel. 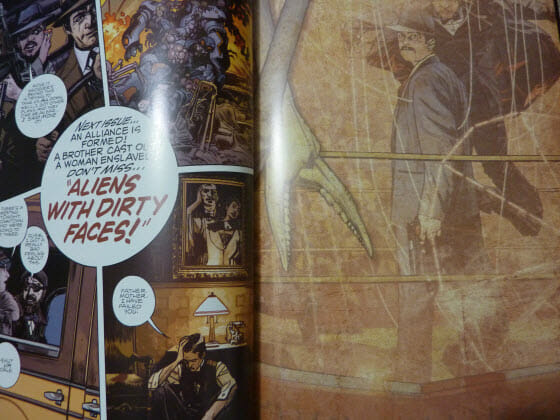 Disclaimer: My copy of Turf was provided free for review. 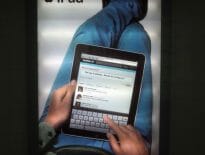