You are here: Home / TV / Will Doctor Who be cancelled? 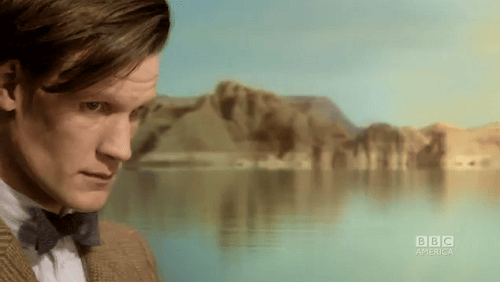 Doctor Who makes the British red top newspapers often. Why? It’s an easy way to gain attention from blogs like Geek Native and even much bigger blogs that could drive some traffic. In fact, I might even speculate that the offline readership of these right wing rags contain enough people who either see Doctor Who has a British establishment – therefore worth defending – or as some strange, pan-sexual, sci-fi nonesense and therefore worth slamming.

Today, one such paper, The Daily Mirror has a story about rival channel ITV gloating and Doctor Who facing cancellation.

The new series of Doctor Who captured just 6.2 million viewers on Saturday – the lowest audience for an opening episode since the sci-fi show’s return in 2005.

The figures were 400,000 down on the first programme of the current series, which has been split into two runs and hit 6.6million in April.

It suggests the Doctor’s popularity is on the slide – despite Matt Smith being the first Time Lord to win a Bafta nomination.

So, what do you think? Are the Mirror right to suggest the show is on the way out? Are these figures bad? Or is the show doing well and this is nothing more than newspaper selling geek bait?

I think they are just haters, and well haters gonna hate…
And if they do plan to cancel,they should at least have thirteen doctors because every time lord had thirteen lives….

I agree, popularity is on the slide – looking back at the original episodes of 2005, they had a great storyline fantastic acting and only had the “bad wolf” thing that many didn’t notice at the start. Now it seems there are about 3 every series that are never fully explained (why did the tardis blow up?) Rose Tyler was a fully developed character with family (jackie and mickey) and even the earth (london) back in those series (1-4) seemed all part of one universe. Now all we’ve got is a girl who is shallow as a puddle and a man that has died… Read more »

Always fun to go back to these types of postings and do a “well that was definitely wrong then”. Doctor Who is back for Season 7, the BBC is planning its 50th anniversary season for 2013, and there’s even talk (misjudged as it may be) about a Peter Yates-directed movie. Doesn’t sound like cancellation to me.

Good idea coming back to this subject. You’re quite right – everything looks good. The 50th anniversary should be in the bag.

Am I worried that it won’t happen? Yes. Am I worried that’ll be the end of it after that? Yes. These worries may not be logical (although – perhaps they are!) but that doesn’t stop me pouncing on any wobbles from the Beeb.

Life as a Whovian, huh?

Will Doctor Who be cancelled? 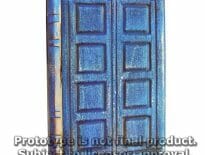