British based Laughing Jackal will be bringing Fighting Fantasy’s Talisman of Death to the PlayStation. SCEE (that’s Sony Computer Entertainment Europe) officially approved the game for the PSN Store today.

As part of the promotion for the game, Laughing Jackal have landed an interview with Steve Jackson. Part one is already live with part two to follow. In the interview, Ross of Laughing Jackal digs up the controversy around the original publication of Talisman of Death.

Do you remember the problems? Here’s what SJ has to say;

A group called the Evangelical Alliance appeared in the media protesting publicly about the appearance of Gods, Devils, Demons etc in Fighting Fantasy. Since the series was published by Puffin Books, these were ‘children’s books’ and we shouldn’t be introducing children to devils and demons which were of course real entities. In South Africa one group from a religious school even had a Fighting Fantasy bonfire. When these groups quoted passages from the books as evidence of their evil nature, they often cited a particularly gory reference from Talisman of Death where you wind up skewered on a spear: It was a “Your adventure ends here…” occasion and they deemed this particular passage as particularly unsuitable for children, Of course we were very grateful for the controversy, which helped Puffin sell lots more books! 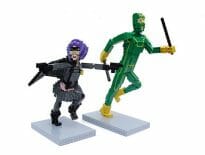 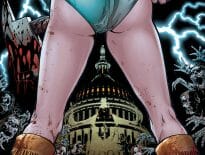