You are here: Home / Geek Stuff / Interviews / Cherie Priest interview – getting our teeth into Bloodshot 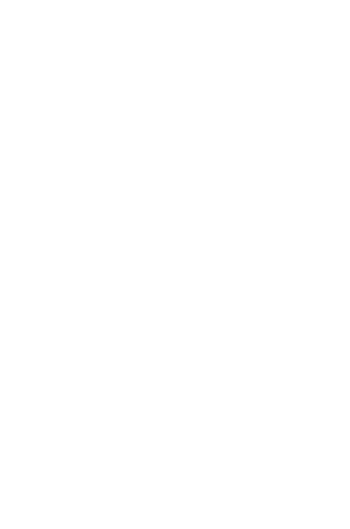 Cherie Priest already has nine novels to her name and is perhaps best known for the steampunk adventures; Boneshaker, Dreadnough and Clementine. Bloodshot is the first of a new urban fantasy trilogy that features man of mystery and international thief known to authorities as Cheshire Red. The catch? Chesire Red isn’t a man. She’s not even human.

Cherie kindly agreed to find time for a Geek Native Q&A style email interview. Mind you; this was before she was aware of the horrible pun I put in the post title! So, quick, read on while you can…

Q. Has contemporary vampire fiction become a divisive topic among fantasy fiction readers? Do you think the genre has benefited or been harmed by “sparkly teenage vampire syndrome”?

Oh, every few years the industry rags declare vampires “dead” from a publishing perspective … and then every few years someone comes along and proves them all wrong. Most recently – and most obviously – it’s been the Twilight series reviving the undead (so to speak). And for all the people who adore those stories, there’s a tidal wave of indignant haters who are downright nasty about them.

I’m sure Stephenie Meyer is crying into her big bag of money right about now, and more power to her.

It’s easy to deride the “sparklevamp” crowd, but I try to avoid doing so – because whether or not it’s something that appeals to me, personally … it’s a style/approach that has definitely gotten people reading. I mean, readers don’t finish a book they love and then just stop. They go looking for more books to love.

Q. Can you list any films, books, music or other sources of inspiration for Bloodshot?

All of Bloodshot’s influences are pretty old-school and obvious, I fear. Dashiell Hammett (who I name-check in the book) is the number one biggie – and when I decided to do a bit of urban noir, his was the first material I turned to for thematic (if not stylistic) input.

Q. At the start of the book we discover that our vampire thief has been mistaken for a man by the global authorities trying to track her down. Later on we encounter a transvestite navy SEAL. How does Bloodshot explore gender identity issues?

I’d like to think that Bloodshot cheerfully plays around with gender perceptions – that is, both Raylene and Adrian are often mistaken for and/or appear as a gender other than the one people expect. Both of them are quite comfortable with this ambiguity; they both use it to their respective advantages. And I hope that my treatment of the subject is successfully handled with humor, but not disrespect.

Q. Raylene Pendle is an incredible action hero as a vampire; she’s strong, quick and agile but she also seems prone to panic attacks and paranoia. Why did you decide to mix the those two opposing personality traits like that?

Experience, mostly. Severe bipolar disorder (coupled with manic-depression) runs in my family, and I’ve watched relatives struggle with it for years – see-sawing back and forth between absolute infallible confidence and crippling neurotic fear. I guess I’ve seen so much of the “kick-ass female heroine” in urban fantasy as of late, that I wanted to draw someone with precise and serious disadvantages … and this seemed like an interesting way to try it. 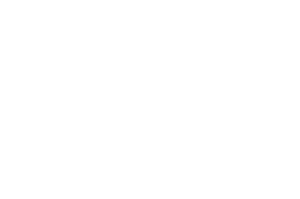 Q. Is there any of yourself in Raylene Pendle?

Only a little. My own neuroses are pretty benign, and they mostly amount to a catastrophic fear of being late for anything. I am the queen of punctuality, and I like it that way … and I get very uncomfortable, very fidgety and freaked out, when I fall behind. Doesn’t matter if it’s a matinee or a book deadline, I simply cannot stand to be late.

Q. Early on in the book there’s a reference to authors who write vampire fiction being “dirty minded”. Is vampire fiction unique in the way it straddles perceptions and topics in this way?

Maybe, insomuch as vampirism has always had such long-standing connotations of sensuality. It’s a damn-near perfect metaphor for sex – all that penetration and pleasure/pain, exchange of bodily fluids, breaking of social taboos (cannibalism vs. sexual mores) … the charismatic sexy-pire is as old as the genre itself. Granted, there are other ways to come at it – as the Nosferatu crowd would be quick to point out. But the dominant archetype has always been Compelling Undead Hottie.

Q. If you were to step away from vampire fiction for your next book – what would you write about?

I have another series running right now – an alternate-history steampunk franchise set during the American Civil War. I’m doing at least two more books in that set, so that’s what’s up next.

Q. How do you set about writing a book? Do you lock yourself away and write until it’s finished? Do you write in batches? Do you switch off the internet?

It’s not complicated – it’s just “ass in chair.” I have to compartmentalize my day because I also hold down a day-job (though I work from home), so mostly it’s day-job work in the mornings, break for lunch, then writing and/or writer business in the afternoons and into the evening, as necessary. There’s no magic formula.

Q. Are you part of any of the online author or fan communities? Are there any Twitter accounts you’d recommend for either vampire fans or for authors?

I’m not terribly connected to those things, I’m afraid. I have my own private accounts, but I’ve been so busy for the last 18 months or so that I haven’t really had time to participate in the community as much as I’d like to.

Q. Finally, If this blogger had Raylene Pendle level of psychic power and intuition? What question do you think he would ask of you – and what would the answer be?

You’d no doubt want to know what my super-secret day-job is, and you’d probably have some inkling that it involves video games … but I wouldn’t be able to tell you about it because the project hasn’t been announced. That part is a limitation of the non-disclosure agreement, not Raylene-level psychic powers, though.

Cherie Priest interview – getting our teeth into Bloodshot

Tabletop & RPGs First Pictures: The One Ring RPG
Music I am the Doctor – a fan made, mash up of a r…