Do I mean “follow”? I think the Google+ term might be “circle”. Okay, try again; 20 gamers to circle on Google+.

Google+ is Google’s attempt at a social network. It’s eary days yet but the signals are good. Not everyone is pleased but many people are. It’s been hard to get in but if you visit plus.google.com and have been good to your Google account then you’ll probably get in. If not? Leave a comment below.

As it’s early days this list of 20 comes with some conditions. These 20 gamers have all left at least one public comment so even if they don’t circle you back you’ll still be able to see something. My gut feeling tells me that other gamers who I’ve found on Google+ may over take, in terms of contributions, may overtake a few of the recommend 20 later. That’s for the future, though, this list (in no order) is to get you kick started today!

Oh! Wait! There’s this blogger too. Nothing special. Geeky.

Did I miss someone off the list who you would have added? If there’s time to do another 20; who should be added?

Fantastic! I found a lot of people thanks to this post! BTW, sent you a G+ msg….

Wow. Honored, and thanks!

Wow! What a weird surprise! THANK YOU!

Not at all – you’re an early adopter and a thought leader. No surprise finding you in Google+ just as the doors opened :)

Thank you so much for the mention, Andrew!

Honored to be a part of this list of such great geekery! I promise to attempt to entertain and dazzle!

There are some great folks on this list. Very cool.

How do I get a Google plus account? I tried on the google plus site but no luck.

The doors are open most of the time – watch http://plus.google.com. Another way is to get a friend to invite your gmail address in; that helps but does not guarantee. 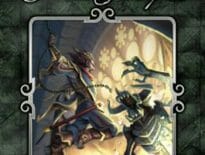 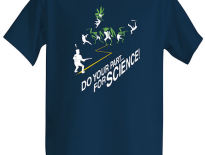