You are here: Home / Games / Console / Not the sex toy Saints Row: The Third trailer

What’s the difference between an “action RPG” and a “non-linear shooter”? In both cases the emphasis is on running around and blasting things. I think the answer to the question is setting; War in the North is an action RPG because it’s set in Middle Earth and therefore the target market slants towards roleplayers. Saints Row: The Third is set in present day, has guns, girls and cars – so it’s going to be a non-linear shooter and appeal to that demographic instead.

That said, Saints Row: The Third has a backstory good enough for roleplayers. You get to play as the leader of the Third Street Saints, in the city of Steelport (not Freeport, but similar) and engage in the story that is the conflict between the Saints and rivals The Syndicate.

The inside scoop is that Saints Row: The Third has some fairly out-there scenes. I’m talking about a skydiving tank (was that A-Team inspired?), airstrikes on Mexican wrestling baddies and the oppertunty to defend yourself from a military hit squad using only a sex toy.

The trailer for Saints Row: The Third, therefore, has my attention. I’ve watched all 2:30 of it – and didn’t spot the sex toy. I did spot stylish gang conflict that reminded me more of the Matrix than the Warriors though!

Not the sex toy Saints Row: The Third trailer 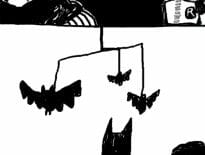 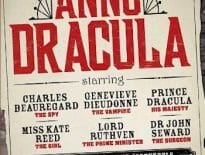