RPG Character Illustrations is a useful resource for gamers like myself – gamers without an atom of artistic talent. The site gives you a way to order custom crafted and hand illustrated character portraits at a resonable price.

This post is a walkthrough of my experience becoming a customer of RPG Character Illustrations. A chance for you to see what the process is like and for you to gauge the outcome yourself. The site is run by Craig Hidgon and my first observation is that the customer care process is first rate. Craig often had to check back with me to remind this busy blogger to pick from the artwork and approve progress to the next stage.

The first step begins on their website where you select an artist and style. The next step is to describe your character. I got a summary of what I’d tried to create and here it is.

Profession/Class: Warlord (flights as a gladiator)

Age: Seems to be a young adult

Appearance: Winspear’s importance is striking and important. It is the reason why he stands out from other gladiators in the Mindflayer ruled dark kingdom.

Winspear is black, almost entirely black but with touches of yellow stripes. Of particular importance are the fleshy strands of “hair” (as seen on the back of http://www.wizards.com/dnd/images/EPGArt/34.jpg) which are black with some yellow stripes – a combination that gives the appearance of a collection of deadly snakes.

Winspear breathes acid. As a result his breath tends to sparkle and cloud in the air before him.

Winspear hates being forced to fight for the mindflayers but he is by nature a gladiator. His posture suggests that of a trap ready to spring. A caged animal ready to explode out of its cage and tear apart his slaver overlords.

A dangerous, black and yellow striped, very angry hunting shark is a good way to visualise Winspear. This is a gladiator who fights back against his slaver overlords even though it’ll earn him a beating later…. add plenty of scars!

Clothing: Winspear is a gladiator glad in light chainlink armour – the suggestion of a Roman gladius is entirely appropriate.

Equipment: Winspear’s famous weapon is his long war spear (halberd length). This is a two handed weapon, with a dark shaft and a wickedly curved and long blade. Below the blade are tied yellow and black strips of cloth designed to confuse and intimidate the enemy.

Attitude: An intimidating and fierce warrior, he believes the way to freedom is to fight tooth and nail for it, that the path to liberty is soaked with the blood of those who stand in his way

Additional Notes: This is a dark game; all players were born as captives, forced to fight as gladiators. Whereas some accept this, not wanting to rock the boat, Winspear is fierce and determined. He will fight against the odds to try and grasp his freedom – so what keeps him alive when his attempts to break free result in the brutal crackdown from the mind flayers and their enforcers? It’s his striking appearance – that black, sharklike look, highlighted with the yellow stripes remind the mindflayers and their kin of a revered and deadly assassin snakes of the underdark.

After this it’s easy for the customer. You’ll get shown sketches to pick from and given chances to make corrections/alternations. 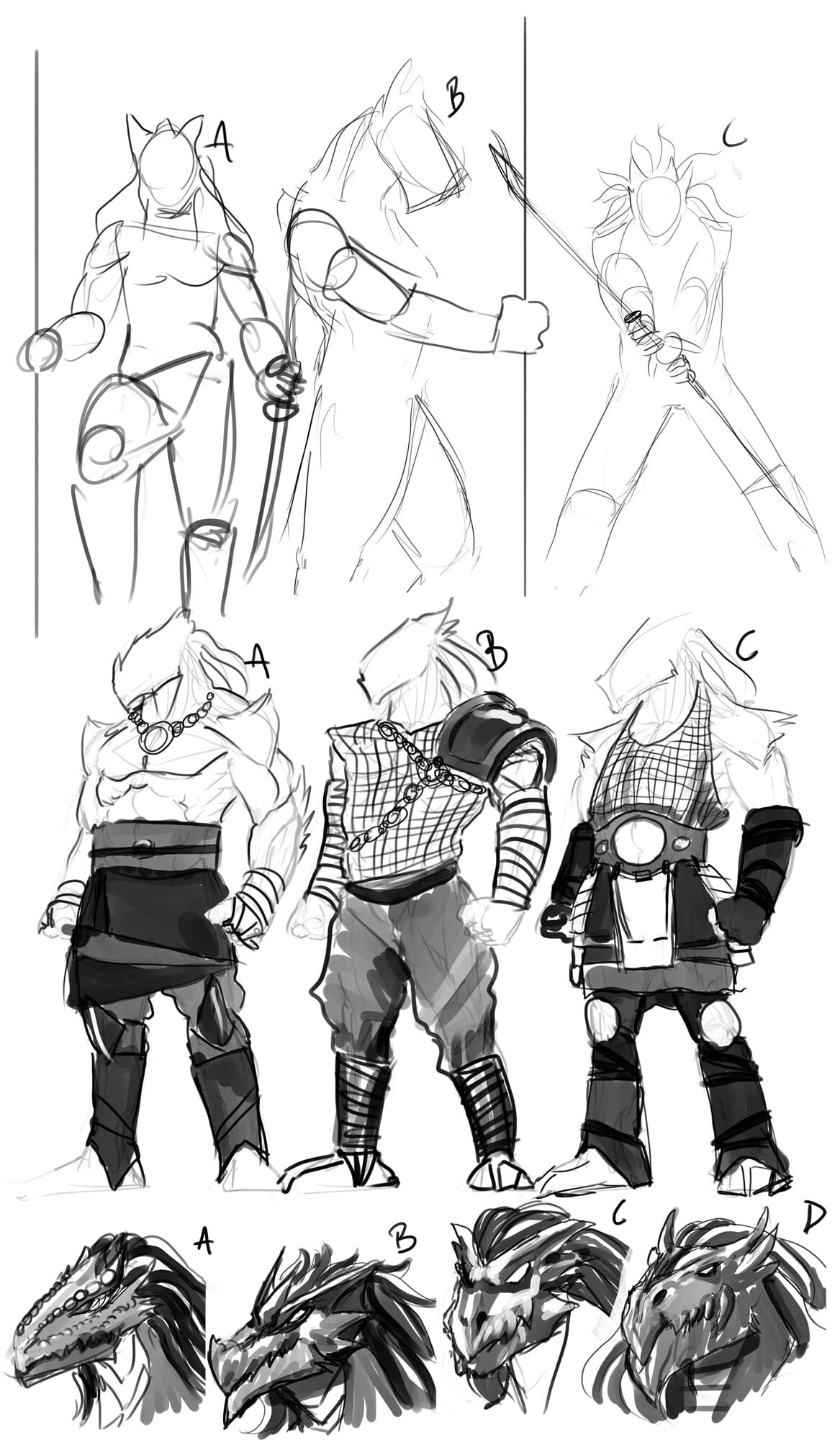 I really liked how you could build the picture from compontents. A clever way to do it. Hey, perhaps this is how all RPG artwork is done, but it was a first for me and welcomed.

The next step is the black and white piece. 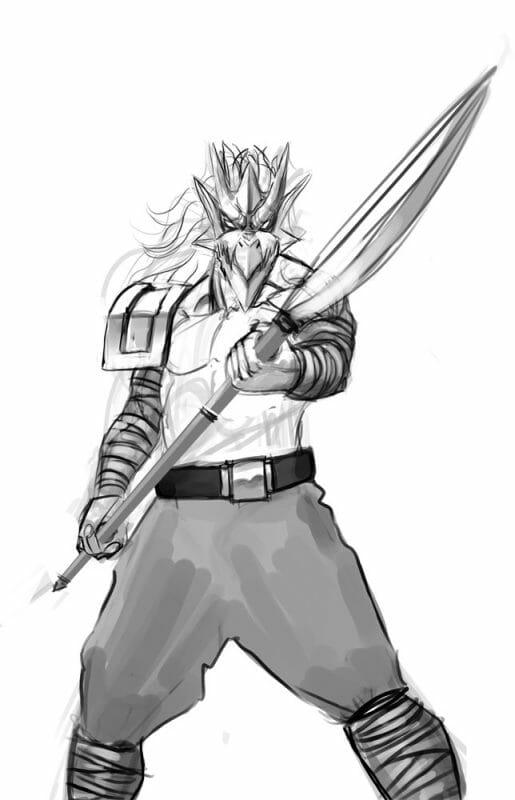 I offered the following feedback at this point;

The black colouring is an important aspect of Winspear; moreso for those fleshy tendrils of hair the dragonborn have where he has yellow bands/stripes highlighting the black. Not sure how clear that will be in the final treatment/post-colouring so my only steer at this point is to make sure that’s nice and clear.

Here’s the final. What do you think? 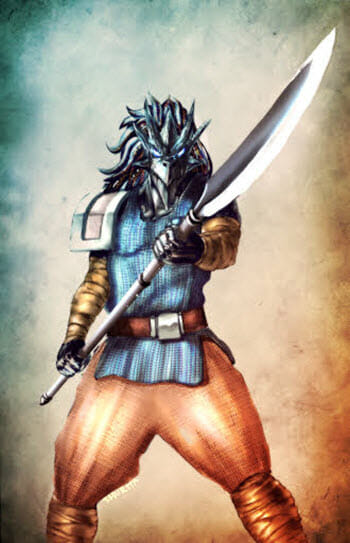 I rather enjoyed the experience. I like the character illustration too. If I had any artistic talent I would have made the dark tones blacker and more obvious but this style of head is not something I’d considered and it looks wonderful.  I love the glowing eyes too. Makes me wonder how and when a favourite RPG character earns the right to be turned into a custom illustration. 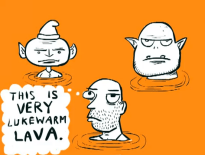