You are here: Home / TV / James Corden returns to Doctor Who

James Corden will return to Doctor Who in the role of Craig Owens. The Owens character was last seen in “The Lodger” episode where the Doctor played football and dealt with mysterious disappearances connected to the upstairs apartment.

The BBC said that Craig Owens proved popular with TV audiences. Who would have thought it?

In 2010 Corden did comment on his disappointment not to be involved with the TARDIS.

There’s been no talk of my return. I’d love another adventure – it would be great! I’m sort of disappointed I didn’t get to go in the TARDIS…

Seems to me the powesr-that-be that are behind Doctor Who are systematically trying to destroy the show. Bringing back such a talentless oaf as Corden for a second time is just one more step.

James Corden returns to Doctor Who 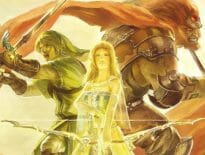