You are here: Home / Movies / More news on How to Train Your Dragon 2 but not on David Tennant

Doctor Who fans know that David Tennant played Spitelout in “How to Train Your Dragon”. The challenge is that Spitelout wasn’t a significant character.

We think Spitelout is Snotlout’s dad (or perhaps Stoick’s brother) as he looks so similar to Snotlout. Towards the end of the film he appears with a Terrible Trerror and this suggests this is his dragon.

Now, Dean DeBlois who will direct the How to Train Your Dragon sequel has said that the second draft will expand on the first – especially on geographical terms.

“As we head into this one, the world expands. Everything is much bigger with still the heartfelt qualities that made the first one resonate so much with audiences. There are no longer restrictions to this tiny island in the North Sea. They have the entire Northern hemisphere within their grasp.”

The book sequel to How to Train Your Dragon is How to Be a Pirate but I’m not entirely sure the film will go far in that direction. I think they’ll want to keep the focus firmly on Dragons. 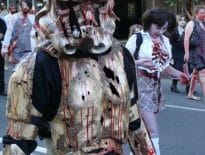 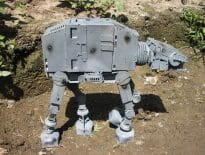