One of the very first published RPGs I ever played was Dragon Warriors. I still have all six original books, somewhere, I think, I hope!

In the recent past Dragon Warriors had a home in the Mongoose Publishing empire. It was looked after by Magnum Opus, who published it via Flaming Cobra, a Mongoose imprint.

For a start, Gareth Hanrahan is involved. He’s a former Mongoose Publishing writer, the lead designer on the new Traveller and the Laundry RPG. Ian Sturrock is involved. He’s also an ex-Mongoose write, worked on Slaine RPG, Conan but most significantly the most recent Dragon Warriors RPG. There’s also Jon Hodgdon in the team, art director at Cubicle 7 (who have the Doctor Who and Primeval RPG) who’s drawn for Dragon Warriors before.

Serpent King Games are saying there will be new supplements for the game this year.

SKG, of course, don’t own the license. They’ve just secured permission from Fabled Lands who own the IP. 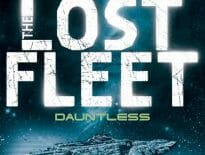