You are here: Home / Books / A Shadow on the Glass review 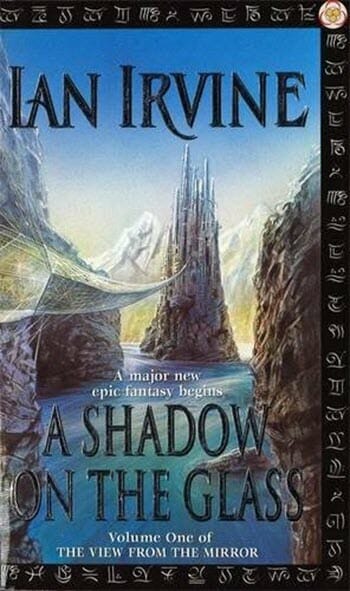 I’ve finally finished Ian Irvine’s A Shadow on the Glass. This was the book that earned me the GetGlue sticker War and Peace because I was checking into the book for over a month. I’m pleased I got to the end but it was a struggle.

Why was A Shadow on the Glass such a struggle? Perhaps I’m out of practise in reading fantasy books but I found many aspects of A Shadow on the Glass frustratingly complex. For example, just how old are some of these characters? Our heroes seem to be young, we discover stories thousands of years old which mention certain other characters and then we bump into those characters themselves. Yes, it seems that some people live for thousands of years. Others die.

It’s a complex world. In fact, there are three worlds from which three different human races came from – except when a fourth invaded one, that war spilled over to another but then something happened to tidy everything up. Frankly, it doesn’t seem to matter at all in the story except to say there are different power factions and some don’t get along well with the others at all. Mind you, there also seem to be even more human races – like the Whelm or the Zain who seem to be native to (at least) one of the worlds and – well, that doesn’t seem to matter either except to say there are some additional racial conflicts.

The world Ian Irvine portrays is hard to love. If the View from the Mirror series moves, as I suspect it does, into a ‘save the world’ drama then I might be hard pressed to care. I’ve no empathic link with the world – er, at least, with the world Santhenar which I think the story is set on.

A Shadow on the Glass is an old book. It was first published back in 1998 but the writing style reminds me of a more modern trend of “tell not show” which I’m not much of a fan of. Rather than realising how the key characters are feeling – we’re told. Perhaps this is necessary because both Karan (a sensitive) and Lilan (a storyteller) seem to have inexplicable mood swings that serve to baffle the reader and discourage any form of emotional attachment for the thief and the whiner.

In terms of plot; Karan is “tricked-cum-asked” into helping stealing an important artefact. Oh noes! The heist goes wrong and Karan’s forced to scamper off with the mirror. The book then turns into something of a road movie as Karan tries to evade all the factions who fancy having the magic mirror for themselves.

I will admit, despite all the problems I had with the book, I struggled onto the end. I wanted to finish it. I wanted to find out what happens. Except, annoyingly, A Shadow on the Glass finishes without any sense of conclusion. It’s entirely possible for part one of a series of books to offer the reader some form of conclusion. I didn’t get any such sense from this one.

It’s worth noting that both Irvine and the View from the Mirror series are plenty popular. It’s just that having battled to the end of A Shadow on the Glass that this blogger won’t be reaching for the sequel, The Tower on the Rift, any time soon.

A Shadow on the Glass review 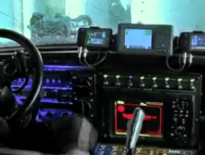 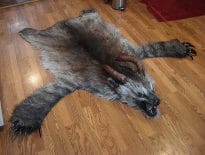