You are here: Home / Games / PC / Become a beta player of Spartacus: Gods of the Arena

Starz are getting ready for their Spartacus prequel by launching the social game Spartacus: Gods of the Arena in beta. On the 6th of Janurary the game will accept 10,000 players taken from the first who register on Facebook at facebook.com/spartacus.starz. The full public launch then follows on 20th of January. The debut of the TV series Spartacus: Gods of the Arena airs on the US channel Starz on the 21st.

There’s two versions of the social game. There’s the iPad sccript app which is expected to be available from the iTunes store on the 17th (itunes.com/starz) and will contain multimedia video, director’s notes, cast photos and background filler. It’ll come with a free episode from Spartacus: Blood and Sand and future multimedia iPad eposides can then be bought for $0.99.

The Facebook-based Spartacus: Gods of the Arena social game is free to play. In it you run your own Ludus as a Lanista (manager of gladiators), build a team and seek honour and glory by fighting in the best arenas in the Roman Empire.

Starz truned to 6waves to produce the game. 6waves have already had plenty of Facebook RPG-like game success with Kingdoms and Camelot and Ravenwood Fair.

“Given its powerful characters and larger-than-life storylines, few television properties have as much potential for innovative social game play as does ‘Spartacus,’

“We are excited to make our social media gaming debut and be one of the early networks to bring a branded TV property to the social gaming universe.”

“Starz designed the Spartacus: Gods of the Arena game for current and prospective ‘Spartacus’ fans and expect a great response,

“We are very pleased that gaming publisher 6waves, distributor of many popular social games shares our enthusiasm for the project and has agreed to help launch the property. There is tremendous anticipation for the return of the ‘Spartacus’ series this January, and we believe gamers and fans alike will seek to immerse themselves in the unique social gaming concept and try to become the next Batiatus.”

Become a beta player of Spartacus: Gods of the Arena 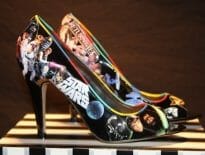 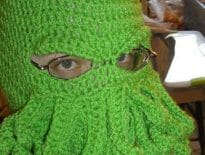 Geek Stuff Own your very own Cthulhu ski mask
wpDiscuzComment Author Info
Manage Cookie Consent
This site uses cookies 🍪, and links are ads that may earn bloggers some money 💰, and with this alert, I very much hope that these dark truths 🧌 are acknowledged.
Manage options Manage services Manage vendors Read more about these purposes
Preferences
{title} {title} {title}