You are here: Home / Movies / The latest Ultramarines clip

HeyGuys has an exclusive clip from Martyn Pick’s Ultramarines animation.

This is the first ever official Warhammer 40,000 movie. You can buy it now as a two-disc special edition from Ultramarines The Move but it is expected to have some sort of cinema release later next year.

I’m in two mines about the movie. The clips just don’t seem to do it justice. The voice over doesn’t seem to quite fit… but I suspect that’s due to the lack of lip movement/the lack of faces. It makes me wonder whether the next Judge Dredd movie will behind the helmet or not.

What do you think? See what I mean or am I just not suspending the 4th wall well enough? 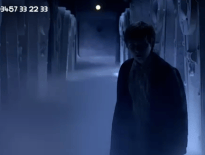