Last night the Cataclysm Cinematic Intro was uploaded to YouTube. This morning the video’s had nearly 100,000. you know it’s going to wrack up many times that figure before the end of the week. The honours for the video are impressive; in the top 10 most viewed videos for most countries around the world and the 4th most discussed video today.

Question is; how will this effect you? Are you still deep inside World of Warcraft, have you escaped your addiction or are you yet to dabble in the mother of all MMO?

Well. What did you think? Impressive cinematic feat or does this leave you feeling that something’s missing that leaves this WoW feature a little underwhelming? 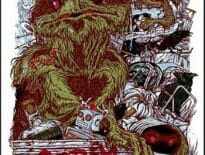