Fan of the Coen Brothers? If you enjoyed Raising Arizona, The Hudsucker Proxy, Fargo, The Big Lebowski or No Country for Old Men then you are.

True Grit is their 2010 project. It’s a grim Western that stars Jeff Bridges as Marshal Reuben J. “Rooster” Cogburn. That’s the character John Wayne played in the 1969 version of the film. That’s a film that came out only a year after Charles Portis published the True Grit novel in 1968.

He and Matt Damon are roped in by Hailee Steinfeld, who plays the 14 year-old Mattie Ross, to track down a killer played by Joshn Brolin.

As always – let me know what you think? Fan of Westerns? Not usually a fan of Westerns but think you might be tempted by this one? 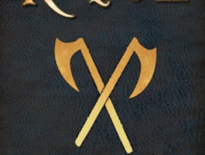