Broken Frontier was founded in 2002 as a comic book and graphic novel news website. The team of worldwide staff writers cover outstanding stories from all around the comics universe, with a preference for independent and creator-owned content. It’s a welcome inclusion in my RSS feeds.

On the note of welcome inclusion, the Broken Frontier Awards are open, and the site has noted that they’ve found socially conscious work has gone hand-in-hand with escapism in the nominations list this year.

To say the least it has been another challenging twelve months for us all on multiple levels. Perhaps reflecting that, this year’s nominations are a mix of socially conscious work reflecting the times we live in and genre-led escapist reading. And sometimes, as in the case of venerable British all-ages comics institution the Beano, which has become a beacon of inclusivity in terms of its characters’ diversity, a mix of both.

The winner of the Broken Frontier hall of fame last year was Steve Walsh. Steve Walsh was a British comic book community member, a beating heart of it, known for his work at Gosh! Comics and then Avery Hill. Sadly, he died this year of a brain tumour. 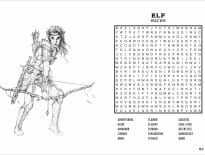 Books Have a go: Dungeons & Dragons Word Search and … 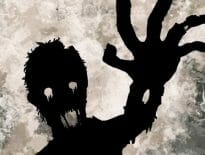 Tabletop & RPGs Free to Download: Dead Exit – The Warehouse…
wpDiscuzComment Author Info
Manage Cookie Consent
This site uses cookies 🍪, and links are ads that may earn bloggers some money 💰, and with this alert, I very much hope that these dark truths 🧌 are acknowledged.
Manage options Manage services Manage vendors Read more about these purposes
Preferences
{title} {title} {title}
Loading Comments...