You are here: Home / TV / Anime / The Most Heretical Last Boss Queen: From Villainess to Savior shows us the anime adaptation

I think we know this plot, but the light novel reviews very well. The Most Heretical Last Boss Queen: From Villainess to Savior is the story of a young princess. She works out she’s a character in a computer game destined for evil.

There are no English subs and no action, but the music gives us a feel for the anime – although it’s described as a light fantasy romance.

The series is slated to run in Japan in July 2023, and we know some of the cast and crew already. There are some pretty prominent voice actors assigned.

The Most Heretical Last Boss Queen: From Villainess to Savior has Norio Nitta as director (ODDTAXI assistant director), and studio OLM Team Yoshioka is at the helm.

The English version of the novels are published by Seven Seas Entertainment, who describe them as;

Pride Royal Ivy is only eight years old when she realizes that she’s been reincarnated, destined to become the future wicked queen and final boss of an otome game. She’s got it all in this new life: razor-sharp wit, boss-tier powers, and influence over the kingdom as crown princess. Determined to sow despair and destruction across the land, she… Wait, what kind of a rotten future is that?! Princess Pride decides to drop the maniacal villainess act and protect the male love interests instead, cheating her way to saving everyone she can! Will this final boss end up earning the adoration of her kingdom?

The Most Heretical Last Boss Queen: From Villainess to Savior shows us the anime adaptation 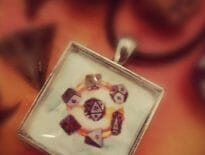 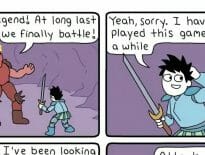