You are here: Home / Geek Stuff / Interviews / An interview with Chris Birch: Modiphius, ambition and direction

Geek Native recently published the first of two interviews with Modiphius co-founder Chris Birch. This is the second.

Previously, we’ve discussed the charity Roll vs. Evil and Modphius work with other game makers. In this article, we talk about what the British publisher famous for some stunning franchise tabletop games thinks of the landscape.

Modiphius is hot off a summer smash hit, breaking $1 million on Kickstarter with a Skyrim game, and in this discussion, I’ll try and tease out clues as to what might follow. Will it be a tournament game or one based around recycled plastic?

When you first crowdfunded Achtung! Cthulhu, did you ever imagine that it would grow from that to a full-blown company working on games based on Fallout, Dune, and huge properties?

Not really, originally I thought A!C would maybe fund a holiday for Rita (my wife and co-founder) and I every year if we worked hard. I’d been working on creative projects and global launches for years but this was something I was so passionate about and knowing the tabletop business was a fast way to lose money I was very realistic. Even so, I approached it with a business mindset. I could at least do everything sensible, we got a lot of money in from our first Kickstarter but didn’t immediately start hiring and spending it, everytime we looked at the bank account we’d think… that’s not our money. That and focusing on getting as many different sources of revenue as possible were key. We focused on getting our webstore generating money, our DriveThruRPG store, we worked hard to get distribution working across the world with different partners. I knew the bigger licenses were possible but we had a long way to go to prove we could be trusted with these big brands

You’ve been playing wargames and role playing games for decades at this point, can you recall any favorites from the past, and what made them special to you? Is there any one that’s not received a new version that you would love to take on as a project?

I’m still aiming to re-make the Achtung! Cthulhu miniatures game since it’s one of our own IP’s and close to my heart though I’m currently embroiled in the Roman version!

Is there any license you really wanted more than anything, but just couldn’t get it? If so, why was it so special to you?

I don’t think any license is ever impossible. It’s always about timing, the right person at the right time. Sometimes you need to wait for companies to change their strategies. This is truly a case of everything comes to he who waits… but you need to be ready with a great pitch! There’s one that’s top of my list. It’s a global brand involving bricks that I think would be incredible as an RPG for all ages :-)

Modiphius’ game settings and supplements used to be spread out among multiple game systems, now it seems your focus is on your in-house 2D20 system. Do you plan to migrate away from supporting other systems in favor of 2D20, or will you still make add-ons for other game systems?

Every RPG we make is for 2d20 and each new 2d20 game lets us iterate and move the design concepts on further – almost like we get a new edition every year ;-). Our partners that we support use their own systems and so we support them whether it’s for example Liminal or Kult with their respective systems.

For those unfamiliar, can you give us a rundown of the 2D20 system? The 2D20 system has been described as “cinematic” – what do you think makes it so?

Roll 2 twenty sided dice. Did you roll under your target value (usually ability plus skill, or two abilities combined). Each time you roll under it’s a success. If you also rolled under your skill you gain an extra success. So you might have 1-4 successes. You can buy extra dice by giving the GM Threat – this tells the GM you want to ramp up the danger and action and gives them the tool to power this action and of course means you can get even more successes. Your task typically has a difficulty – maybe 1 or more successes, anything beyond that you can spend to do cool things – from as simple as adding extra damage, being quieter or quicker, or explain to the GM how you imagine yourself spinning around the pillar, shooting the enemy and diving out the window.

Have you ever met a game you didn’t like? If yes, what didn’t you like? Has that inspired you to create mechanics that avoid that sort of gameplay in Modiphius’ products?

Yes pretty much every tournament game ;-) The thing with tournaments is most people walk away unhappy – they got beaten at the beginning or end, either way it wasn’t a great experience, and the stress and negative atmosphere isn’t something I want to encourage. I want to create co-operative tournament events where you players can help each other, where everyone is in the final, it’s still nail biting with the unfolding narrative and you don’t really need referees to police everyone. We’re still supporting products with tournaments, but long term our business strategy is about playing together not against each other.

Modiphius also makes a variety of wargames and boardgames. Were they another passion of yours? Which games of the past (and present) are some of your favourites?

Our Skyrim Adventure Game is a great example of what I love, endlessly replayable (I’ve demoed the first scenario like 25 times and I’m still not bored!). Leveling, dungeoneering, adventuring across the countryside, strategising approaches to problems together, it’s all there. Wargames have been a passion since I was a kid playing 15mm Napoleonics, and I keep looking for innovative new indie wargames to help bring out. We keep pushing for new and unusual approaches to solo and co-op gameplay.

Recently, you ran a gamefound crowdfunding campaign for The Elder Scrolls V: Skyrim The Adventure Game, which was funded for over $1.3 million dollars. Did you expect such a huge response? How did it feel when that counter rolled past one million?

It’s always amazing when fans support a project – this was one of our most ambitious, yet with a huge narrative engine that required enormous numbers of cards but we also wanted to add in some of the miniatures we’ve been creating in resin for the wargame to the boardgame.

How is Modiphius weathering the supply, logistics and warehousing crunch that seems to be hitting both retailers and Kickstarted projects so hard?

It’s been hard – huge expenses for sea freight, paper costs skyrocketing so we have to push up the costs of products, and in some cases not re-print them due to the cost. With all that though the company is growing we’re up to 72 staff thanks to the management team’s hard work in getting our processes running much better. Whilst we’re seeing distributors and retailers being more careful, people are still buying product and we’ve had some great releases. Looking ahead we’re being careful about huge expensive to develop projects and focusing on our community growing our relationships with retailers and fans alike.

If the tabletop game partnership with the unnamed but world-famous Danish company isn’t on your 2023 radar, what is?

Ha! Well to be honest we’re diving deeper in to some of our own IP’s, whilst there’s some big licensed stuff still to come and announce, what’s really exciting is to be back building our own worlds like Cohors Cthulhu and an as yet unannounced sci-fi IP we’re working on. Licenses are great, but they’re never yours, you’re always waiting on approvals, and it could be lost at any moment so building up our own brands is the next big checkbox for us.

An interview with Chris Birch: Modiphius, ambition and direction 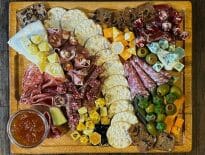 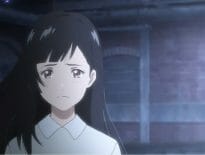