You are here: Home / Movies / Marvel unleashes Ant-Man and The Wasp: Quantumania and the new big bad

We already knew who the new Marvel cinematic baddie would be. Kang, played expertly by Jonathan Majors, appears in Loki.

Now we know when the supervillain will appear on the big screen – February 2023, when Ant-Man and The Wasp: Quantumania comes to cinemas.

Ant-Man and The Wasp: Quantumania is the official start of Phase 5. The kick-off movie features the heroes Scott Lang (Paul Rudd) and Hope Van Dyne (Evangeline Lilly) as Ant-Man, and the Wasp. This time the extended family, including Hank Pym (Michael Douglas) and Janet Van Dyne (Michelle Pfeiffer) are forced into exploring and surviving the Quantum Realm.

Even Bill Burray is in there, whose character appears in the trailer.

Kevin Feige and Stephen Broussard are producing, and Peyton Reed is returning to direct.

Feige has praised Major before, excited about the role of Kang. He said;

It’s amazing, and I said to him there’s nobody’s shoulders I’d rather be putting the multiverse saga on than his. It’s really impressive what Jonathan Majors is able to do and all the different incarnations, variants, if you will, of Kang that we will see him do. It’s really pretty cool.”

Marvel unleashes Ant-Man and The Wasp: Quantumania and the new big bad 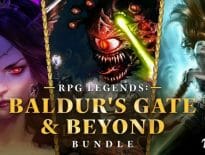 PC Classic RPG Legends Humble bundle their way to you… 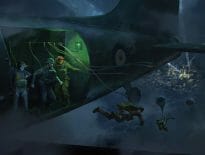