You are here: Home / Geek Stuff / Voyage to the Edge of Imagination: Doctor Who sound pioneers meet the Savage Planet

London’s Science Museum is having a night of electronica on the 7th of October.

The Radiophonic Workshop, the one-time BBC-based unit that came up with the Doctor Who music, is teaming up with the modernists Stealing Sheep for some live music.

The collab will include performances of the 1973 classic sci-fi animation Le Planete Sauvage.

The Science Museum has a custom IMAX Theatre, so the evening promises to be great. A live narration will accompany Rene Laloux’s psychedelic work.

A spokesperson for the event said;

A real pre-Avatar conundrum that Stealing Sheep, with the help of Bob Earland, Dick Mills and Roger Limb from the Radiophonic Workshop, unravel. “La Planete Sauvage” an ethereal excursion that’s narrated by Roger Limb; like a futuristic Martin Denny, or Dr Who gone ambient techno, with a hint of Forbidden Planet 50 years on. It’s an analogue swirl set in an off-world paradise; a field recording from the future.

On a faraway planet where blue giants rule, oppressed humanoids rebel against their machine-like leaders.

Voyage to the Edge of Imagination: Doctor Who sound pioneers meet the Savage Planet 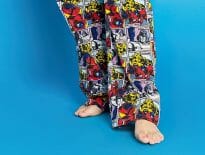 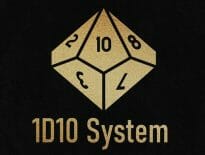