I was pretty blunt when I asked whether Atlas VPN was helping the goodies with cyberwarfare or merely marketing when they rolled out a free year of protection to journalists covering Russia’s invasion of Ukraine.

Today’s news is more straightforward as they’ve rolled out Atlas VPN for Linux.

There’s a command-line interface, some 750+ servers ready, and it supports Ubuntu, with plans to add more distros in the future.

While Linux is one of the most secure operating systems available, its users are still in danger of online privacy threats, such as government surveillance, censorship, and snooping. VPN can help Linux users protect their personal information from unwanted third-party tracking and interception by encrypting their online traffic and adding a layer of security between their Linux computer and the internet.”

The Kill Switch feature, which cuts the internet connection should the VPN fail, isn’t yet supported in the Linux version, but it is planned.

Does Linux not have a built-in VPN? Atlas note that most distros support tunnelling protocols such as WireGuard, IPSec or OpenVPN but lack the outside server to connect to them. The company also argues there’s still a full suit of protection features that could and should be paid for. Atlas also tip a hat at Qubes OS for being especially security-focused. 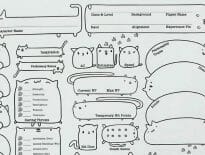 Tabletop & RPGs This D&D 5e character sheet is made entirely … 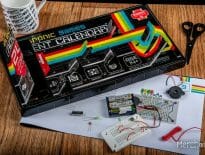