You are here: Home / Books / Limited and Denis Villeneuve-signed Arrival science and artbook is a minimalist collector’s treat

The 2016 sci-fi movie Arrival featured Amy Adams, Jeremy Renner and Forest Whitaker. It’s the story of a linguist working with the military on first contact after twelve spacecraft appear around the world.

The Art & Science of Arrival signed exclusive limited edition hardcover is a small print run of 300 books. The official retrospective on the movie is a companion book with concept art, sketches and behind-the-scenes photography.

There’s more than just art here; the book also has interviews with creative talent who worked on the movie. There’s science as well, and the interviews extend to the science team who consulted on the project.

It was essential for Arrival to be grounded on plausible science as much as possible. The movie has gone on to be studied within academia as a result. Arrival has been discussed in philosophy and linguistic classes outside of film studies.

In The Art and Science of Arrival, author and producer Tanya Lapointe revisits the film and its legacy with the production’s key team members. This lavish hardback volume recounts the genesis of this modern classic, from Ted Chiang’s short story The Story of Your Life to its premiere in Venice and its subsequent eight Academy Award® nominations. It explores the film’s concept of non-linear time, and showcases the remarkable concept art that brought the aliens, their ships and their startling logogram language to life.

The sample shots and cover make The Art and Science of Arrival look pretty minimalist, so here are the critical points beyond that. 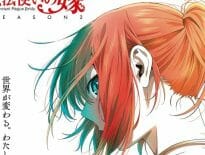 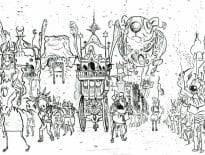