You are here: Home / Geek Stuff / Is there a trend? Here’s how many women have been nominated for Outstanding Directing

How many female nominees have there been for Outstanding Directing at Emmys Award over the years?

JustWatch, the search engine which Geek Native uses data to report monthly streaming figures, crunched the numbers to find out.

In 2012, males received almost 93% of Emmy nominations for Outstanding Directing. Since 2019, however, this pattern has been progressively shifting, with women accounting for more than 26% of the nominations in the top three categories: Comedy, Drama, and Limited Series.

There’s still some distance to go.

Why this story now? In the United States, Friday is Woman’s Equality Day.

Women’s Equality Day is observed on August 26 in the United States to commemorate the 1920 adoption of the Nineteenth Amendment (Amendment XIX) to the United States Constitution, which prohibits states and the federal government from denying citizens the right to vote based on gender.

This year, perhaps, it’s even more significant given the setback to women’s rights in the USA and the rise of religious extremism.

If you’re interested in watching a historical movie or series rather than a near dystopian future, JustWatch has a history genre tab for new releases. Alternatively, looking for some contemporary female-founded businesses? There’s Canva for making social media assets, but also stream visuals, maps and handouts, Barkbox for toys for furry friends, or the minted marketplace for gifts and art. I especially like this Warrior Princess Mulan notebook. Mulan, that film about pretending to be a man because of the hurdles women face.

Is there a trend? Here’s how many women have been nominated for Outstanding Directing 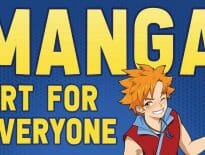 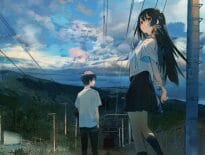