You are here: Home / Games / Tabletop & RPGs / Apotheosis Studios will complete Sirens: Battle of the Bards but don’t address many concerns

In June, Jamison Stone (temporarily) quit as CEO of Apotheosis Studios after a storm of concern.

Evidence and rumours of tensions between Stone and others had been shared on social media, with many appalled at the apparent behaviour.

The drama struck in the middle of the development of Sirens: Battle of the Bards. Some backers wanted their money back, and others wanted their name removed from the project, while another group worried the D&D 5e project would not be delivered.

In an update over the weekend, Jamison Stone and his wife Satine Phoenix released a new estimated completion timeline. There will be delays because it seems no one else left at Apotheosis Studios nor the ability to hire replacement freelancers.

Apotheosis Studios take the chance to remind readers they’re working on the 300,000-word book on their days off but will share monthly updates. Merchandise and other goodies are coming.

The pair also highlight the Kickstarter community as a way to discourage hostility directed to them.

However, some gamers are still appalled at how Apotheosis Studios and Stone behaved. Many in this group would prefer their money back, and their name not associated with the project, and these concerns are not addressed in this first return-to-work update.

Apotheosis Studios will complete Sirens: Battle of the Bards but don’t address many concerns 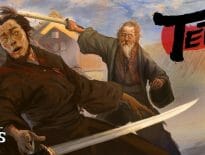 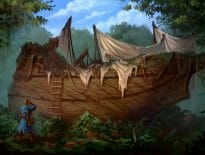