You are here: Home / TV / Anime / Cutting straight to the action: Reincarnated as a Sword gets a new trailer

Yuu Tanaka’s Reincarnated as a Sword is becoming an anime and has a new trailer to showcase all the expected action.

There’s a special premiere on the streaming platform ABEMA this September before a Japanese release in October. We don’t yet know whether the anime will get picked up elsewhere.

There’s a few summaries of the plot provided by users at IMDB, and my favourite is;

After dying from a car accident, the protagonist finds himself reincarnated in another world as a sword with no recollection of his name, though he remembers everything else from his previous life. Accepting his fate as a sword, he begins to seek someone to become his wielder. He discovers a caravan of slave traders under attack by a two-headed bear. A young catgirl slave, Fran, discovers the sword, and uses him to kill the bear. After being freed from slavery, she names the sword “Teacher”, and the two embark on an adventure together.

That lines up with and develops the shorter one from Seven Seas Entertainment, which has the light novel license. They say;

Reincarnated as a sentient weapon with memories of his past life, but not his name, a magical sword saves a young beastgirl from a life of slavery. Fran, the cat-eared girl, becomes his wielder, and wants only to grow stronger, while the sword wants to know why he is here. Together, the strange duo’s journey has only just begun!

Log Horizon’s Shinji Ishira will direct, and studio C2C is making the show. Expectations are high as the light novel has sold nearly 2 million copies.

Cutting straight to the action: Reincarnated as a Sword gets a new trailer 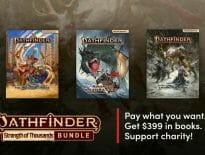 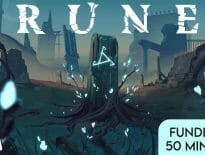