The Fantasy SAGAS players Guidebook is a review copy PDF.
I asked for a copy so I could review the game and see if I wanted to write a review on yet another Universal game system. I am always happy to encourage small independent game companies , especially if they are innovative and promising.

The way most reviews I write are laid out with first world then mechanics, but this is a universal game, thus no world is offered in the initial Guide.

Initial impression
From index < a true index > to introduction I find the Game Book material well laid out and straight to the point – the definitions are first with explanations for some of the games mechanics , as a technical Writer this is standard even for the Pen and Paper RPG market but the even if you a veteran I advice you to give it a once over.
I well state from the start I like the game or I would not take time to write this article.

PART ONE table of contents
Intro with leading definitions called Terms and concepts
Example of Page 11 section Terms and concepts
“Terms and Concepts
Most of the terms appear in this book quite
regularly. Many of the terms are commonly
used in role-playing games while some are
unique to Sagas. Read through the terms as
many are used differently than in other games.
Action Level: The number of combat rounds
that is required to accomplish an action.
Action Level Modifier: The numerical representation
of how cumbersome a weapon is.
This number is added to the action level to at-”

A demo of the game is http://ironwoodnexus.com/community/viewforum.php?f=30
One of the unique concepts of the SAGAS SYSTEM is the following excerpt from Page # 16
Dice Rules
While rolling a die will determine the success or failure of a test, there are a couple rules regarding die rolls.
The Rule of One
This rule means that if a die is rolled and it lands on the number one, or all ones are rolled
on numerous dice, then the result is an automatic failure. This rule means that modifiers
are not applied to the die roll. This rule represents the fact that no matter how skilled and
prepared you are things can still go wrong.
The High Roll Rule
If a die roll lands on the highest number of the die (a 6 on a d6, or a 12 on a d12) the player can re-roll the die and add these numbers together.
If a player is supposed to roll more than one die for a single test then both of those
dice must land on the highest number to get a re-roll. For instance, if a player who rolls a d4 and a d10, due to having a high attribute, that player can only re-roll the two dice if a 4 is rolled on the d4 and a 10 is rolled on a d10. The player cannot re-roll one die and not the other.
The Rule of Three
A player may only take three High Roll Rule re-rolls. No matter what the final die roll is.

So YOU CAN see the style of writing is some of the excerpts and the concept of the game is typical roll high add modifiers meet or beat a target number.

The next chapter is character creation the game use basic Attributes with a score value 3-18, with average scores considered 8-10 each attribute has a value with a score and a levels as well as a dice. There are eight primary attributes and four secondary derived attributes, Primary & Secondary attributes.
Primary; Speed, Dexterity, Strength, Stamina,
Perception, Intelligence, Beauty, Personality
Secondary; Reaction, Toughness, Wisdom, Charisma
Two primary Attributes are used to get the derived secondary attributes

One thing it fails to mention in the creation steps is the choose of picking a character Origins, These are characters beginnings here the character could be a Farm hand or an apprentices, or Noble Blooded. The Guide DON’T give any races only a suggestion of race, there are none to choose from, Races depending on the World the Game master wishes to play in, or a world of the game masters design.
Page 24 excerpt
“While no races are provided with this book,
your Game Master may allow a player to create
a character of any exotic race they feel appropriate
for their world. Many races will modify the character’s base attribute values.Before continuing with character creation a
race should be chosen (if allowed) and all appropriate
modifiers to attributes applied.”

There are no Classes and no levels so character creation is open to play any combination the player wishes. The character is skill based with three methods of learning a skill. Apprenticeship for complex skill, autodidact; learn from doing and training.

In own words he describes the game system in a interview with rpg blog.
“RPGB: Can you give us a brief example of how the system works?”

“Ruel Knudson: Your character is developed using a point or random attribute system. These points actually determine every part of your character at the beginning of the game. Your starting skill points, money, etc are all determined here first. The attributes determine which die are rolled to perform a task related to that attribute. In addition, characters learn skills which assist in making a task easier. Each skill level adds to the total rolled by your die. You can further develop your skills into proficiencies which allow you to further advance your ability to succeed.
As your characters succeed at task they are awarded experience points which are used to advance skill and proficiency levels. In this way characters evolve as the player needs to.
Characters approach each task by rolling their die representing the attribute. The higher the roll, the better the they attempted the task. If the total exceeds the target level by a certain number then success levels are generated that give bonuses to results or follow up skills. For instance, extra success levels on an attack roll will give bonuses to damage, while a high success on a lock pick reduces time to pick a lock.
That is the game on a basic level. Players develop their character’s, and their own interests in the game by learning the nuances to different play elements. Learning the nuances to character interaction can help a character who likes to role-play through these scenarios. The same goes with all other facets, from combat, exploration and survival, magic, crafting items, etc.”

There are two methods of generating attribute scores one is random and the other is point cost both are valid and cater to the two factions of character generation.
Skills are purchased with starting skill points and there is not complex table to reference the skill level witch directly corresponds with a attribute level is one for one and a player can also buy proficiencies ” specializations ” of specific actions or counter skills. Such as explained in the game text as tracking with a counter skill avoid tracking, this don’t get bonus from proficiencies but a counter skill can be proficiency.
Money and starting equipment is determined by the characters secondary Attribute Charisma and the player can go to town and do some shopping, all money for universal standard is listed in silver pieces but those with there own custom world setting can alter or change the prices to reflect the Game masters world.

The skill system is fresh but also standard each skill has a associated attribute dice which is added to the skill level and if a specific situation calls for it a proficiency level to the total to beat a target number. In this system of SAGAS the attribute score OR VALUE , LEVEL and DICE, are all used in interesting combinations to make for in my opinion a easy flowing game. Some skills do not have a attribute that directly associates with a skill those skills have special rules listed in the skill Description.

Skill Descriptions are very informative and list not only the attribute ( basic info) but if necessary the hours that skill need to complete or provide a fair or poor product.

Here is an example of an artistry skill
Performing (Acting, Dancing, Singing)
Charisma
By Style
Performing skills incorporate any skill that can be used to instill some emotion or reaction from an audience. Performance can be used to try to influence a particular emotion such as sadness, pity, longing, hatred, friendship, love,
humor, etc. Characters make a performing skill test using their charisma level, adding their skill level to the result. The result is compared to the average wisdom level of the audience member(s). If the test succeeds, then the audience understands the piece and the emotion portrayed. Each higher level of success means a performance that the audience better relates to until the audience feels the emotion portrayed
(success level three or higher). Characters can earn money at their performances.
To find the amount of coin a character can earn at a performance multiply the number of audience members by the character’s success level. As a character’s reputation
as a performer increases the character can expect more money from their performances. If a character is asked to perform they can usually expect a number of coins equal to their skill level multiplied by their reputation level.
As you can see a informative skill description Character Creation is also quick and easy once player understand where they can go with their character and a world is laid out before them, this is so fare the only weakness of the game is it has no campaign world as of yet, there is products coming that well address this but so fare if you I you have world that need a system this game might be what your looking for like this system so far and well be going into its Magic psychic and combat system in up coming articles.
When I READ THIS system I already was stopping and wondering if I CAN FIND ALL MY NOTES on some of my old campaign world I quit using when I STARTED PLAYING BOXED SYSTEMS THAT HAD THEIR OWN WORLDS.
The best thing I can say it this is one game that is worth its price tag in print or PDF.
I would encourage any one to check out the demo. 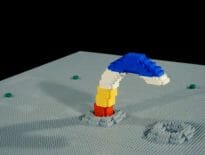