You are here: Home / TV / Anime / Reborn to Master the Blade: From Hero-King to Extraordinary Squire showcases some dragon action

It’s high fantasy, complete with teleporting in orcish armies and imposing dragons in Reborn to Master the Blade: From Hero-King to Extraordinary Squire’s first trailer. Oh, a spot of genderswapping too.

The series is expected to air in Japan next year, and we’re waiting to see if it’ll be picked up by Sony, Amazon, Disney or Netflix.

Akari Kito, who voices Suzune in Classroom of the Elite, will lead as Inglis Eucus.

We don’t yet have a new poster for the show, but there’s the front cover of the manga by Hayaken and Nagu on which the show is based. You can see the initial launch poster and trailer in March’s write-up.

That Amazon blurb describes the series;

From his deathbed, Hero-King Inglis, the divine knight and master of all he surveys, gazes down on the empire he built with his mighty hand. Having devoted his life to statecraft and his subjects’ well-being, his one unfulfilled wish is to live again, for himself this time: a warrior’s life he’d devoted himself to before his rise to power.

His patron goddess, Alistia, hears his plea and smiles upon him, flinging his soul into the far future. Goddesses work in mysterious ways—not only is Inglis now the daughter of a minor noble family, but at her first coming-of-age ceremony at 6, she’s found ineligible to begin her knighthood!

However, for a lady of Inglis’s ambition, this is less a setback and more the challenge she was (re)born to overcome. “It’s not the blood that runs through your veins that makes a knight; it’s the blood you shed on the battlefield!” The curtain rises on the legend of an extraordinary lady squire reborn to master the blade!

Reborn to Master the Blade: From Hero-King to Extraordinary Squire showcases some dragon action 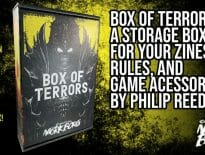 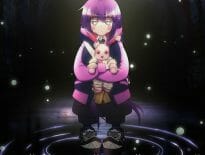