It’s the news we were expecting but not keen on. There is evidence that loot boxes in computer games have a correlation with problem gambling.

🚨 Klaxon: Correlation is not causation.

Let’s not be defensive about it, though, and, as gamers, why should we? We have seen good loot boxes and some terribly exploitative loot box fed games.

A report was commissioned by the UK Department for Digital, Culture, Media and Sport (DCMS). Yes, that’s currently helmed by Nadine “ban the algorithm” Dorries, but the work was done by Dundee-based InGAME (Innovation for Games and Media Enterprise) centre. The centre collaborates with Universities and is far more sensible.

We are at the beginning of learning about potential harms and how they relate to particular implementations of loot boxes and although it is clear there are some correlations with problem gambling, more work is required to better understand these links. At this stage it is important to take a cautious approach to regulation of loot boxes, however it also does not mean that nothing can or should be done. We advocate an expanded approach to loot boxes that incorporates consumer protection frameworks. This would afford a range of tools, from recommendations or guidelines to binding statutes, that gives latitude for action. It will also help to ensure a measured approach to game developers of different sizes who make different kinds of games, different populations of players with different risks, and address potential concerns and risks that the narrow focus on gambling has perhaps sidelined, such as data protection. In our expert interviews, seasoned game developers suggested that such an approach would be valuable, helping them to create better online communities, manage risk, and work towards new designs.” 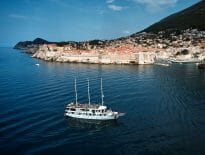 Geek Stuff Sail Croatia: Here’s what to expect from thi… 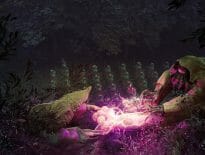