You are here: Home / TV / Anime / Cruel and caring: Endo and Kobayashi Live! The Latest on Tsundere Villainess Lieselotte

“Endo and Kobayashi Live! The Latest on Tsundere Villainess Lieselotte” is the not-short and not-snappy title of a whole fantasy series and now anime.

Tsundere is a sort of portmanteau mixing “tsuntsun” or grumpy and “deredere” for the lovey-dovey sort of caring. It’s applied to characters in anime, often women, who act mean because they are or are later shown to care.

A contrast? That’s why there are two posters for the anime expected in January 2023.

You can grab Suzu Enoshima and Eihi’s manga from Amazon, care of J-Novel Club. They describe the series;

One day, Crown Prince Sieg hears the Voices of the Gods out of the blue. Apparently, his fiancée Lieselotte is a “tsun de rais” villainess destined to meet her demise…and her sharp tongue is just a way of covering up her embarrassment. The prince can hardly contain himself after discovering Lieselotte’s adorable hidden side. Little does he know, the heavenly beings that bestowed this knowledge unto him are actually high schoolers! Can he use their divine prophecy (let’s play commentary) to save his betrothed and avoid a Bad End?!

Yeah, imagine if characters in a computer game or story could hear you? That’s exactly what’s going on here!

January 2023 is too far down the line to know whether or not Crunchyroll, Netflix or another streaming platform will pick up the series for outside of Asia.

Oh, and those two posters? Spot the difference!

Cruel and caring: Endo and Kobayashi Live! The Latest on Tsundere Villainess Lieselotte 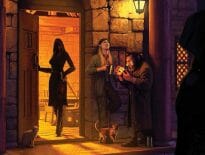 Art Clerks and Jay and Silent Bob star spies himself i… 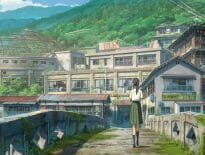