You are here: Home / Geek Stuff / Sites / Early access opens for the Vampire: The Masquerade Nexus

The first move in the Paradox, World of Darkness and Demiplane alliance has been completed. The Vampire: The Masquerade Nexus is open for early access.

Last year, the World of Darkness Nexus was announced and was to be the official digital toolkit for games like Vampire: The Masquerade, Werewolf: The Apocalypse and Hunter: The Reckoning.

Now, we’re getting a full Vampire: The Masquerade Nexus, which is described as the first of the WOD RPGs toolkits.

Not so much a virtual tabletop, the Nexus is a digital reader, search, and interactive tooltip interface for the rules. The system also provides a looking group/matchmaking service with tipping and paid games from professional GMs/STs.

On the roadmap, but not yet available, are the character tools such as the builder, character manager and lore sheets.

There’s already a free to download Vampire: The Masquerade Companion for mature players.

Paid for bundles will be available too, not just from Demiplane but from Renegade Game Studios and their store too.

There is no denying that Vampire is a story game as well suited to the digital space as it is to the home table, and it’s thrilling to see the game supported so strongly in this first-ever digital toolset from Demiplane. We’re looking forward to the Vamily being able to share their chronicles more easily with each other from anywhere in the world!”

I’ve wanted to see Vampire content come to unlife in digital form like this for a long time. Early Access for Vampire: The Masquerade Nexus gives the Vamily convenient features right away, plus the chance to provide essential feedback that will shape the future of our World of Darkness tools as we move forward to the full launch.”

Early access opens for the Vampire: The Masquerade Nexus 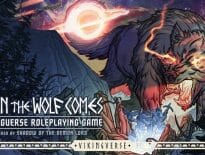 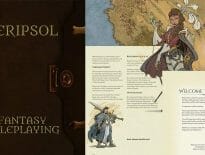