You are here: Home / TV / Anime / Otaku Elf anime gets a geeky trailer

Are you used to the trend of giving animes longer and longer titles? Yeah, Otaku Elf might be a welcome change, then!

It’s a supernatural comedy about an elf who prefers gaming to going outside.

The anime is based on the manga by Akihiko Higuchi.

Studio C2C has not yet announced a release date; we don’t even know which network or platform in Japan will get the series let alone whether it’ll be picked up for English subs.

Seven Seas does have the license for the English books and they describe it;

Koganei Koito works as the teenage shrine maiden at the Takamimi Shrine, catering to the whims of its resident: a centuries-old elf who loves video games as much as she hates going outside! Line up your offerings for the otaku elf—some energy drinks, chips and video games will do nicely—and watch her new friends scramble to keep up!

That certainly seems to fit the trailer. If there are dragons, ninjas, cyborgs or anything else waiting in the wings for our elf or shrine maiden, then we don’t see it.

There is also a poster for the show. 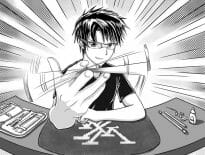 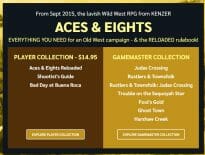