CobblePath Games are funding a tri-fold RPG printed on a diner menu that uses cutlery as a system.

What’s more, you’re invited to bring your favourite character to the game or use Coffee & Chaos as a comedy one-off if you’re the GM. There’s a sneaky point to it; it’s not always about winning.

The cutlery system sits on top of whatever you’re using, so your berserker character can still go berserk (in the coffee shop), wizard fireball the burgers crispy and magic girl throw the annoying customer out. The campaign is running on GameFound.

The system addresses how characters would try and address situations such as missing coffee supplies, angry customers, health inspectors and broken ovens.

It’s a lightweight system which is why it can be printed on a single-page menu. CobblePath, though, might be better known for the personal horror RPG Locus despite all that levity.

The game was created by CobblePath duo Jack Milton and Steph Williamson, and Nimali is doing the cute art.

Steph said, in a press release,

Coffee and Chaos is, in my experience, just a bit nuts, and a whole lot of silly fun. I think one of its big draws – on top of being able to play your own characters from other games – is that it has a little bit of a board game element with the allocation of cutlery. Playtesting it at last year’s UKGamesExpo was a blast and we got some great positive feedback.

Coffee & Chaos was born from a couple of silly ideas. First ‘what if we made a cafe game and printed it on a menu?’ and second ‘Oh and what if we used cutlery instead of dice?’. Those two starting points and a feverish weekend of wild designs and we had the first draft of this chaotic comedy game. A little bit of refinement and, of course, the addition of the amazing artwork from Nims, and we have something we’re really proud of and that we think people are going to have some real fun with!

A pledge of £12 will get you a digital copy of the game, whereas it’s only £15 to get the printed version.

£29 is enough for the printed menu/rules, a table talker, all the add-ons, a thank you and the digital pack.

You can go much higher and get a wild card for £60 or everything on offer and an exclusive mug for £75. 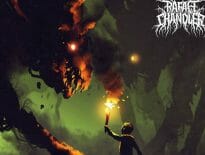 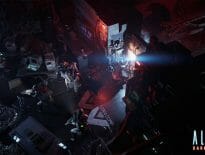