You are here: Home / TV / Anime / Mixed signals: Will Netflix’s Drifting Home be sombre or uplifting?

The visuals show urban decay and rain, and the action has kids alone and threatened. The subtitles show tension with some mystery. Who is the stranger they find among them?

But the soundtrack? Upbeat! The occasional few seconds show the wonder of the open sea, and is it ever dangerous?

It all begs the question; will Netflix’s next big anime, Drifting Home, be sombre or uplifting?

Written by Hiroyasu Ishida, who directs and who also directed Penguin Highway, Hayashi Mori, who has writing credits in Cells at Work, and Minaka Sakamoto, Drifting Home is about kids who find themselves transported and trapped in a watery world.

Kosuke and Natsume have been friends since childhood, but as time goes on the relationship between the two sixth graders seems strained as they keep avoiding one another. One day during their summer vacation, they go to a housing complex that is scheduled to be demolished. Having grown up there, the place holds a lot of memories, but while playing, they suddenly get caught up in a mysterious phenomenon and when they regain consciousness, they see an entire ocean before them as the housing complex has drifted into a mysterious sea and Kosuke and Natsume with it. Will they be able to return to their previous world? A summer farewell journey begins.

The feature-length is due out in September and from Studio Colorido.

Netflix has the page up already, so you can set a “Remind Me”, and that feels earlier than holding pages often appear on the platform. It is a good sign.

Mixed signals: Will Netflix’s Drifting Home be sombre or uplifting? 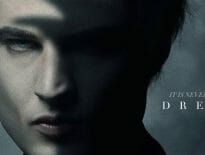 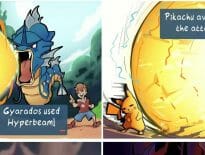