You are here: Home / Games / Tabletop & RPGs / What Great Writers Do

“What Great Writers Do” is a guest post by Asa of Backwater Games. If you know the pattern, then you’ll know guest posts (which Geek Native rarely accepts, only offers) tend to pop up when there’s a Kickstarter, bundle or similar project that makes it worthwhile for both parties.

Now, Asa is writing about writing for the blog because Backroads: A post-apocalyptic American-gothic horror roleplaying game is on Kickstarter. So, let’s first take a look at the game which offers to lure you into the outskirts and ruins of St Louis.

Most of us have heard the saying–whether from tabletop game creators, Aaron Sorkin, or T. S. Eliot– “Good writers borrow, great writers steal.” I have heard the phrase tossed around facetiously–”I stole ABC from XYZ”–in a couple of recent podcasts that interview TTRPG creators, and I can’t help but wonder if we’re talking about authorship wrong, at least for the moment that we’re in.

It’s cliche, but a renaissance is underway within the sphere of tabletop roleplaying games. The ttrpg industry has become more democratized over the decades, as independent creators leverage crowdfunding sites like Gamefound and Kickstarter, publishing platforms like itch.io, and self-/indie publishing presses. The creative spirit accompanying the inception of tabletop games is born anew in experimental systems and inventive genres, and large audiences consume games in the forms of digital/physical products, podcasts, streams, and other media. In some circles old school classics are revisited and revived, and in others popular entertainment is adapted and molded into more immersive and engaging experiences.

This “renaissance” includes games based on popular intellectual property (IP), which have generated millions of dollars on Kickstarter and which attract media attention like magnets. IP does not make them less authentic, and it does not preclude “originality.” However, small and independent creators truly fuel this renaissance–the creators willing (among other things) to translate, adapt, experiment with, and shirk fidelity to pre existing content, genres, and/or systems.

As I said, some creators casually refer to these acts as “stealing”–and some audiences do too, albeit maliciously. That term–steal–is quite obviously loaded in an industry where access to well-established IP can generate massive profits and attract large audiences. Nor do indie creators necessarily steal from one another when they use, adapt, or modify systems and mechanics. In fact, much of the indie community encourages it, as seen in response to a controversial commercial license in late 2021.

Perhaps it’s a bit dramatic to say that what’s happening now is akin to what happened in the Renaissance, during which time increased access to education, renewed interest in “the classics,” and the invention and improvement of printing presses democratized the arts and sparked some of the most inventive literature over the last millennium (as well as the stationer’s register and the beginning of copyright laws).

Yet I think it’s useful to consider how Renaissance authors and artists described adaptation–or imitatio–during this time. Perhaps creators could take a page from their book, so to speak. Adaptation and emulation were some of the core principles of artistic production, but the goal was not to accurately reproduce originals in a new language. Even in translation, as one popular metaphor declares, the goal was to make the original’s jewel shine more brightly by replacing its foil–its language.

I’m not asking you to picture a grecian wrestling match with a greased-up Gary Gygax. I’m asking that we shift the way we talk about the creative process. Stealing is about ownership and illicit acts. The metaphors that I described are not. They are about discovering novelty and being better.

Consider this. Indie creators are not stealing, and of course when we say so, we don’t mean it seriously (usually). Yet, we ought to give ourselves more credit and resist some of the implications of this phrase–at the very least, that our works are essentially derivative. We’re creating something new. Reading and gathering, discovery and invention, are part of the creative process. There are many indie creators worth celebrating in this regard, whether they adapt long-standing genres like pastoral or capture a souls-like gameplay.

One indie creator who particularly exemplifies what is at stake in the terms we use to frame these creative endeavors is Spencer Campbell of Gila RPGs. Campbell is the creator of “Frame” a love-letter to the videogame Warframe, whose innocuous existence so offended a toxic mob of gamers that they harassed and accused Campbell of stealing IP. The attacks garnered a lot of attention in the late winter and early spring of 2021, but I think it’s clear almost a year later that what Campbell has become recognized for is his innovation.

He hasn’t simply reproduced video-game mechanics and genres like looter shooters, he really has made something new from them and something better.

In 2019 my first game, which never saw publication, was to be a (completely free) TTRPG adaptation for Stephen King’s The Dark Tower series. I posted a character sheet online, but it was short-lived after a blue-ticked creator called me out for stealing King’s protected intellectual property. It emboldened me to shoot my shot. I emailed King’s agent, Chuck Verrill, who replied politely that they were developing a role-playing game for King’s website (which still has not been announced, I believe) and that they feared my game might lead to unauthorized development by others. Plus, I would need Sony’s permission.

I could have gone a couple of directions at that point, but I’m glad that I reached out to Alex Johnson, a friend with whom I created our first game Backwater: Southern Gothic Horror Tabletop Roleplaying. We did gather some ideas from my first game. There were things I liked in The Dark Tower universe, and there were things I didn’t–the series would have benefited from sensitivity readers at the least. We really created something new–and something better than what I had first created.

We created a post-apocalyptic survival-horror game set in New Orleans with southern-gothic themes. In Backwater, players take on the role of wardens–wandering peacekeepers of a fractured nation that is trying to rebuild itself. This first book successfully funded on Kickstarter with a small audience. It has grown by probably twenty-fold since then, maybe more. We get a lot of feedback from readers and players who enjoy the system and especially the world that we have created. They like the Deep South setting (where I was living when we wrote the game), and they have requested to see other parts of the U.S. or the broader world.

Some of them have written their own lore for the game. We love when they adapt our content and share it with one another, and they’re welcome to sell it too. It wouldn’t be stealing.

We’re now expanding the lore ourselves, starting with the abandoned city of St. Louis in our second book Backroads: City of the Arch. And while our game has moved on and is not an adaptation of The Dark Tower by any means, you can still find a glimmer here and there, perhaps of King’s city of Lud. And it isn’t stealing.

Now, don’t take this piece to be advocating for people to go out and violate IP of helpless, well-to-do companies. And don’t take it as lending credence to the idea that large companies, for example, need IP laws to protect them from vicious ttrpg creators whose itch profits can nearly purchase a six-pack of beer each month. But I do encourage creators to give themselves some more credit in their next podcast or interview.

When you adapt and experiment with content and mechanics, you’re not stealing. You just might be creating. 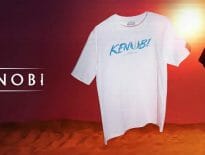 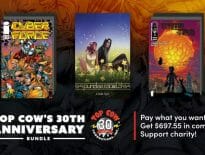