The full edition of Titan Effect: Declassified Edition was released at the start of the month. Now, hot on its heels is the free to download jumpstart.

Titan Effect is a sci-fi in which secret societies have been waging a covert war, and super spies and bio-augmented humans work for criminal organisations. It’s a genre-bender of an RPG, mixing superheroes, spies and biopunk into a world of greys and uncertainty.

Declassified core rules have already become a silver best-seller, and that is fast going for the espionage sci-fi.

The world is not what it seems. Psychics and bio-augmented humans work as spies and soldiers on behalf of criminal organizations, private military companies, and secret societies in a covert war that has been raging for decades. Some are fighting for control and power, while others seek to shape the future of human evolution.

The jumpstart is 29-pages long and contains;

If you have the old Titan Effect, then the full rules for Declassified add SPEAR Unit Guide, new character generation to include bio-aug soldiers, updated rules. The rules update proper SWADE conversion, so you no longer need the conversion document.

The core rules also have many new illustrations and a new adventure.

You need Savage Worlds Adventure Edition to play Titan Effect and Declassified adds another requirement. You also need the Super Powers Companion. As the name suggests, the latter book adds official rules for the powers that agents and fighters in Titan Effect have. 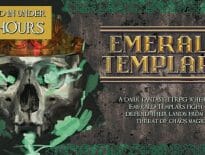 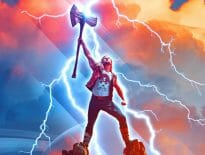