You are here: Home / Games / Tabletop & RPGs / TOKYO : OTHERSCAPE the City of Mist TTRPG spinoff smashes through $100,000 in funding in a day

Amit Moshe, the City of Mist tabletop RPG designer, once told Geek Native that the roleplaying game was for people afraid of D&D. It uses words, and Dungeons & Dragons use numbers.

Son of Oak Game Studios announced Tokyo: Otherworld as a spinoff, not a noir but a megacity of tech. The Kickstarter that’s gone live is called Tokyo : Otherscape, so there’s been a name change.

The change of plans has not hurt the project. Moshe’s project shot through $100,000 on day one and is chasing down 2,000 backers. You can find out more, or not miss out, from the pitch page.

Son of Oak are sticking with the :Otherscape (once :Otherworld) as the parent for the new series of RPGs. Inspired by mythology and legend, like City of Mist, but with cyberpunk and art from manga artist Isago Fukuda and others.

Tokyo :Otherscape is one setting but the core book is Metro :Otherscape. There will be other Otherscapes! This Kickstarter funds both Metro and Tokyo.

Inspired by Japanese cyberpunk masterpieces like Ghost In The Shell and Akira, :Otherscape will take your group on a rollercoaster ride of gunfights, vehicle chases, cyberspace and urban-scape exploration, clashes of mythology and technology, faction wars, and philosophical questions about the nature of being human — and how to transcend it.

The pledge tiers could get complex but don’t. Phew.

If you back at $29 or more then you’ll get Metro:Otherscape, the core rules and Tokyo:Otherscape, digital stretch goals and access to the Codex App.

The core rules in hardback, with worldwide shipping available, is added to the rewards for backers at $49. That’s about £38.

The Tokyo:Otherscape setting book in hardcover is added once backers reach $69.

The most popular tier is the $99, the impressive box set, adding pregen characters and all physical stretch goals.

There’s also a $299 tier for additional City of Mist goodies.

In terms of delivery, it’s February 2023 as the estimated fulfilment for anything physical, but the first and exclusively digital Cyber tier is slated for November 2022.

TOKYO : OTHERSCAPE the City of Mist TTRPG spinoff smashes through $100,000 in funding in a day 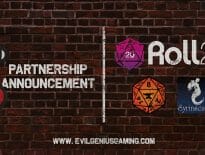 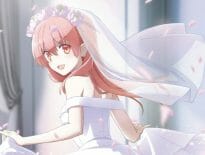