Find a WoW player and get them to tell you about the Maelstrom. It’s got big, scary monsters or some-such-thing.

As it their way, Blizzard has been tinkering with things as they gear up to release their latest expansion.

This prompted yet another discussion on the forums. Ako brought up this point;

What I meant was, I thought Deathwing was supposed to have bursted through the crust on Eastern Kingdoms. Then it turns out he came out through the Maelstrom?

I would expect the Maelstrom to be a far more epic place than it is currently, at the very least significantly larger than what it is. I mean–you have to consider it’s large enough to score its own spot on every map of Azeroth….

Maybe I missed the memo on levels of “epicosity” or something, but I’m pretty sure the Maelstrom is a CLASS 10 epic zone. Though I guess it is missing sharks with laser beams patrolling the waters and Arthur Fonzarelli jumping across it with water skis. And dinosaurs.

Then he came back. He announced;

After reading this post I called for a meeting with TOP TOP MEN (that’s two tops) in order to figure out a solution to the problem at hand. Frankly, I think we hit a home run. The next 4.0 build (or the one after) should have a Maelstrom that’s between 10 – 50x more epic than what currently exists.

Buckle yourselves into your computer chairs or face being blown away!

We have a result. Blizzard has added more epic to WoW.

The latest beta build now has sharks that shoot frickin’ laser beams. Oh, well, nearly. It has Epicus Maximus (Paragon of Epicosity), a level 90 elite shark, who is being ridden by an elite rare deilsaur called (And a Dinosaur), riding a rocket and weilding a laser beam, while being ridden by an undead mage playing a guitar called (Rock On).

Epic enough, do you think? 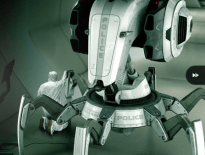 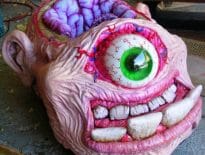